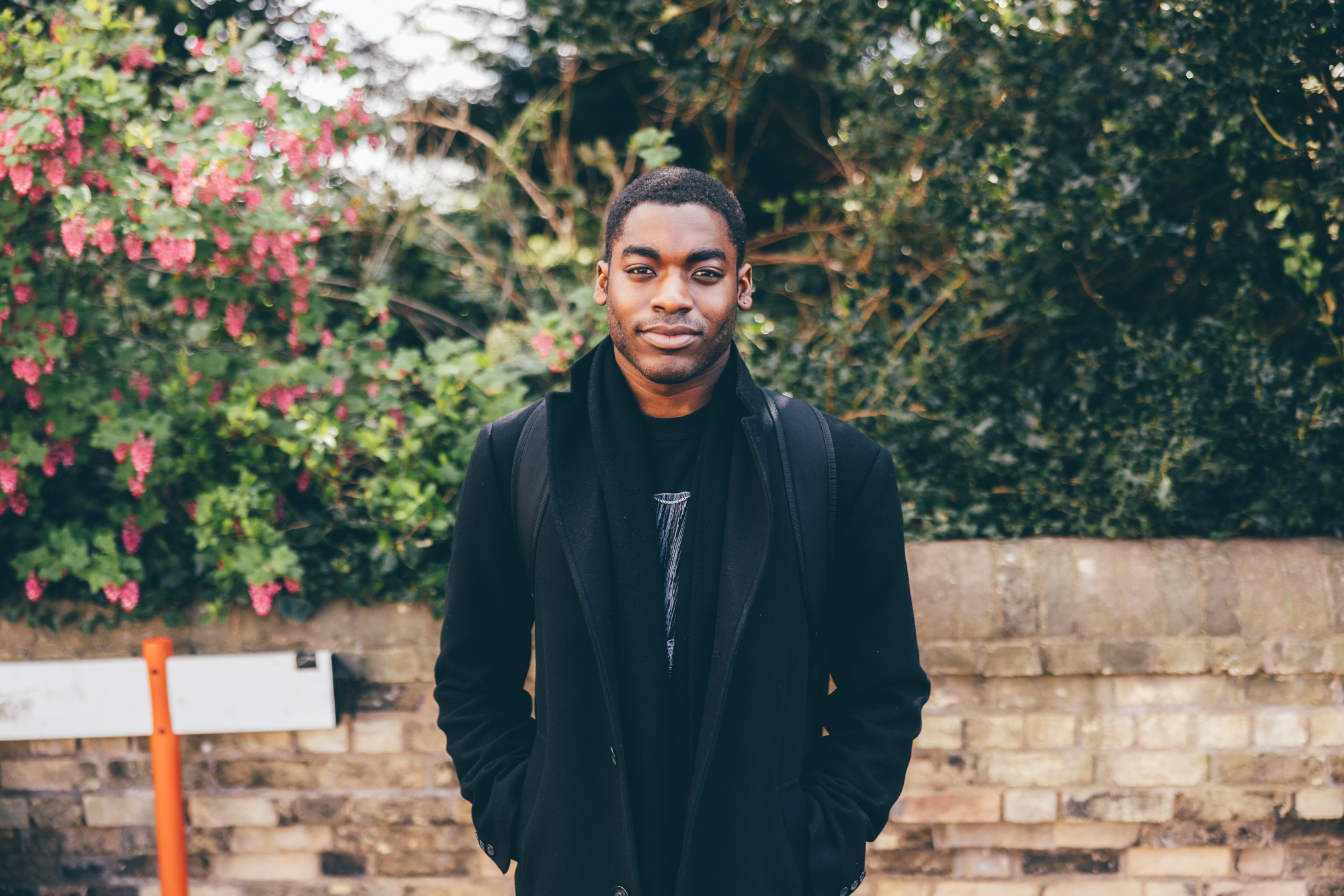 Michael Bruce is a BA (Hons) Writing and Film student from Macon, Georgia, in the US, who particularly enjoys making horror films.

Where and what did you study before coming to ARU?

It was online. It's based in Colorado, and its name is Aspen University. I was studying business and accounting, but it wasn't my cup of tea. So, I finally went back to my roots and my passion, which was writing and film.

I think I had some people on the outside who kind of talked to me, and my family. We have a lot of entrepreneurs and I'm good at like things like cooking and baking! But always, since I was a kid, I slept with books and comics at the end of my bed every night. I kind of let the outside voices get to me on business when I really wanted to be creative. So that's why I stopped listening to those voices and tried to do my own thing. And it's working out pretty well.

I expected a lot of backlash, but my family supported me and helped me get through it. So, I was a little nervous, but I know I wouldn't be happy if I didn't do what I wanted to do.

Why did you move to England in particular?

Don't laugh, but when I was a kid, I always I was always fascinated with Doctor Who. And from there I just started checking out more things and looking around. And I was like, wow, I really want to go to the UK.

Fish and chips was my favourite dish when I was a kid too, so I had to come to where it originated. It's better here. It's actually fish and chips. Because back home, some restaurants, they will just give you fish sticks and things like that. But here it's more authentic. I love it. And you know, they didn't really understand the meaning of actual chips back home. They were always like crispy fries, not the thick cut chips like here.

It was actually quite crazy when I first got here. I was so paranoid I did not want to walk outside. I didn’t want to look at people. I had a lot of anxiety because I never really had a social life before I moved. I was home schooled, so for most of my life I was kind of inside all the time. So, when I finally got out, when I landed in London, I felt like I was at home. But being around so many people, I was really nervous. So, through quarantine I was always dreading finally stepping out. But then as I started to meet people and get to know the people who go to my courses every day, I started to open up. Now I find myself just greeting random people and finally feeling alive, if that makes any sense. I didn't know what life was before, but now that transition, I went from a closed flower to a blossoming flower. That's how I feel.

What do you hope to do when you graduate from ARU?

I've always wanted to write. I have so many ideas for novels, novelettes, things like that. So, I want to become a successful writer. But I also might be interested in directing a bit too, because I've been doing some filming, and I have actually acted in my films as well. So that's a little side thing - I would like to do a bit of acting in the things that I create, but mostly I like being behind the camera and writing because, for some reason, I just have these beautiful ideas and I want to put them up for people. I feel like even if it's similar to someone else is I could put a new twist on it.

Right now, we've been focusing on horror, but I think that's because we, me, and my group, we haven't had a lot of time. So, horror is like the easiest thing to go to for some reason. But I'm writing now. We're actually working on a comedy film, which should be done within the next few weeks. But as of now, I mainly working on horror and dark drama. But we're looking to branch out a little bit.

The course has pretty much opened doors for me to finally do what I wanted to do, so I've always had these ideas and I've always had little projects, but now that I'm in Uni I can actually make them come to life.

What one thing inspired you to do get into writing and film?

The Percy Jackson books and superhero films, when I was younger. I just love superhero stories – explosions, flying, spinning webs. Just the combination of everything. They kind of opened up my creativity and made me want to start writing. The film Insidious terrified me to the point of not watching horror, probably for a decade. So that's funny, now I’m totally into horror, but that film scarred me for years, and I only just got back in the horror a few years ago.

Logan is my favourite film of all time. It takes it to another level, and that also inspires me. I have the Blu Ray Special Edition where they released it a black and white version of the whole film. Watching that film actually inspired me to make more darker films, more grounded and gritty.  I want to do more things like that, where it doesn't have to be floaty, magical, just grounded. Realistic yet slightly altered into more of a different world if that makes any sense.

What's the most valuable thing you will take away from your education?

The writing part is great, especially the 1st trimester, where we were focusing on novels. The main thing from that was that I could put anything into fruition if I tried. Before, when I was younger, I would always have these ideas, but I didn't know how to put them on a screen or on paper. But now I'm actually constantly that. The previous film we just did was actually very Hannibal Lecter-inspired.

Which aspects of your course have most helped your career development, and why?

It's kind of hard to say yet because the career is kind of the creative side for me right now. I don't know if it counts but one thing that I have learned from all of my classes so far, which is kind of centred around making my practice better, would be the entire “show not tell” thing that we've learned. That on screen in films or TV shows or writing, you don't have to say everything. You don't have to write it out in narration or anything, you show it. And while it's still creative, it's kind of making me feel like my career would go further using that knowledge because a lot of films now don’t do that. I don't know if you saw the original Suicide Squad?  The new one that was really good, but the original - there's a scene where Rick Flag just explains with words what Cortana does, and I'm sitting there and I'm like ‘So you couldn't just show it in action? You’re just going to say it devours the souls of whoever it touches?’ We didn't want to hear that; we wanted to see it.

So, after going through this, I feel like that will take my career to the next level when I start producing things, because it makes me more creative, and makes you think: ‘How could I get this across without saying that? How could I get these people to realise what I'm trying to tell them while just showing them?’

We actually had to make a film for one of our projects where no-one could be onscreen. It was a challenge because you just had to get across what was happening through editing and practical effects. Of course, I wanted to jump on screen and show off my acting skills, but they were like ‘No, you can't do that.’ We just had to take the camera, do some things and get the point across.

Well, I'm 21 now, and I'll be 22 in August, so I think I've had enough time to say this: you will not be stuck at home forever. Just hold on and keep working towards your dreams and they will come true. Because at a certain point in life, I felt like I would never leave my house; I would never leave my hometown, and I was stuck there. I was always wondering, I was always afraid, paranoid about not being able to do what I wanted to do. And next thing I know I'm 4000 miles away from home and I'm finally living my dream. So, I would tell my younger self to hold on. Or I could just say, ‘Hey, you will be in the UK a day after your 21st birthday’. But mainly just hold on, keep working because it will pay off. It will pay off.

What is your favourite thing about studying in Cambridge, and what have you discovered about the city that you didn't know before?

It was funny. I never expected nightlife to be my thing, but it has gradually grown me before. As a kid I was very naive. I said ‘I will never go to a club. I will never drink. I will never do these things.’ I mean, that was a very wholesome outlook on life, but as I've experienced things like going to the pub late at night, hanging out with friends, even just walking through Parkers Piece, where I did not know that football originated. Amazing.

It really opened me up to new experiences, being out at night. You have these miraculous experiences at the clubs and at the pubs while you're drinking and talking to other people. It's joyous, joyous, and for sure I did not know that. The shops close earlier though - some shops close after six, which is really different because back home usually things would close at 11 or past 12 and open all day. So being here I definitely go: ‘Oh, I really got to jump over here to this book store before it closes,’ because I'm not used to things closing so early.

What projects are you currently working on, both on and off the course?

Right now, on the course I’m working on this comedy short, as I mentioned earlier. It's going to be more of a day-in-a-life type of thing. Have you ever seen Deadpool? One of my friends got us to watch Trainspotting 1 and 2. I like the first one a lot, but for some reason just watching 1, and then 2, made it even more impactful. So, after watching those and Deadpool, and things of that sort, I really wanted to make a film that's just stupidly funny, breaking the fourth wall. So, we're working on something like that, where I'll likely be the main character because for some reason I can deliver the most ridiculous lines with a completely straight face. 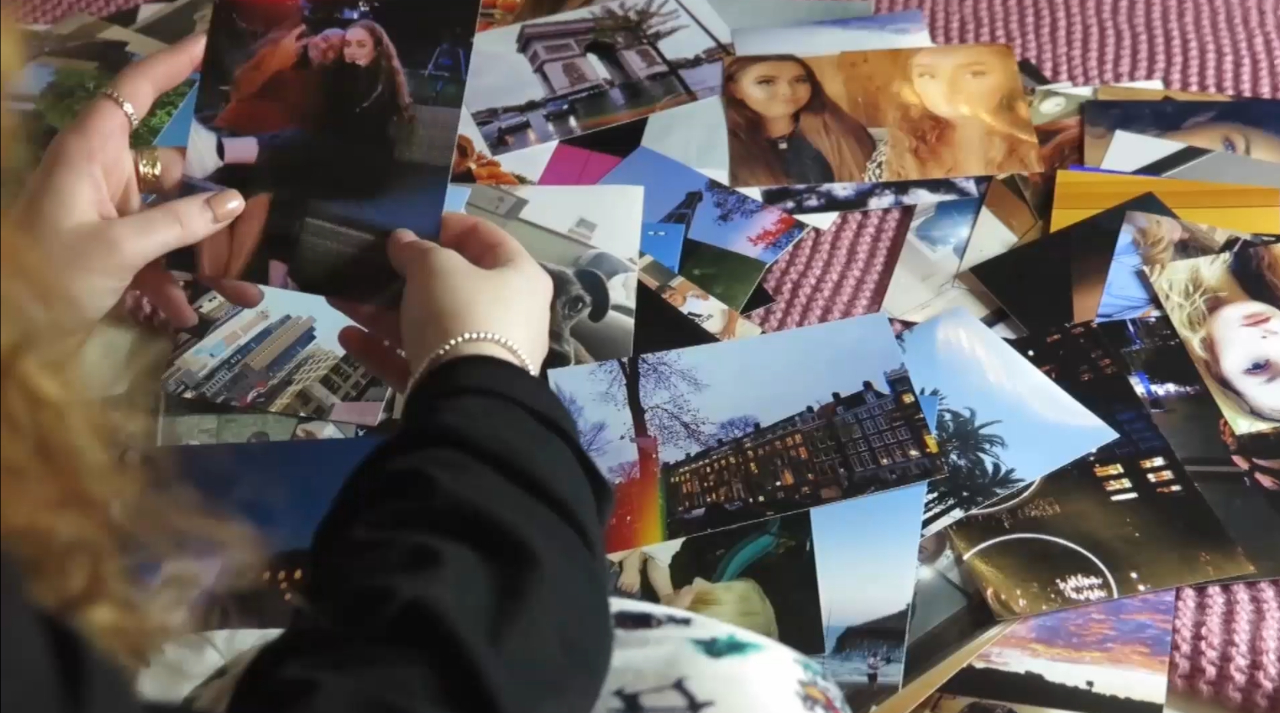 Develop your writing and filmmaking skills while learning about the films, writers and directors that have shaped the medium by studying for our BA (Hons) Writing and Film degree in Cambridge. 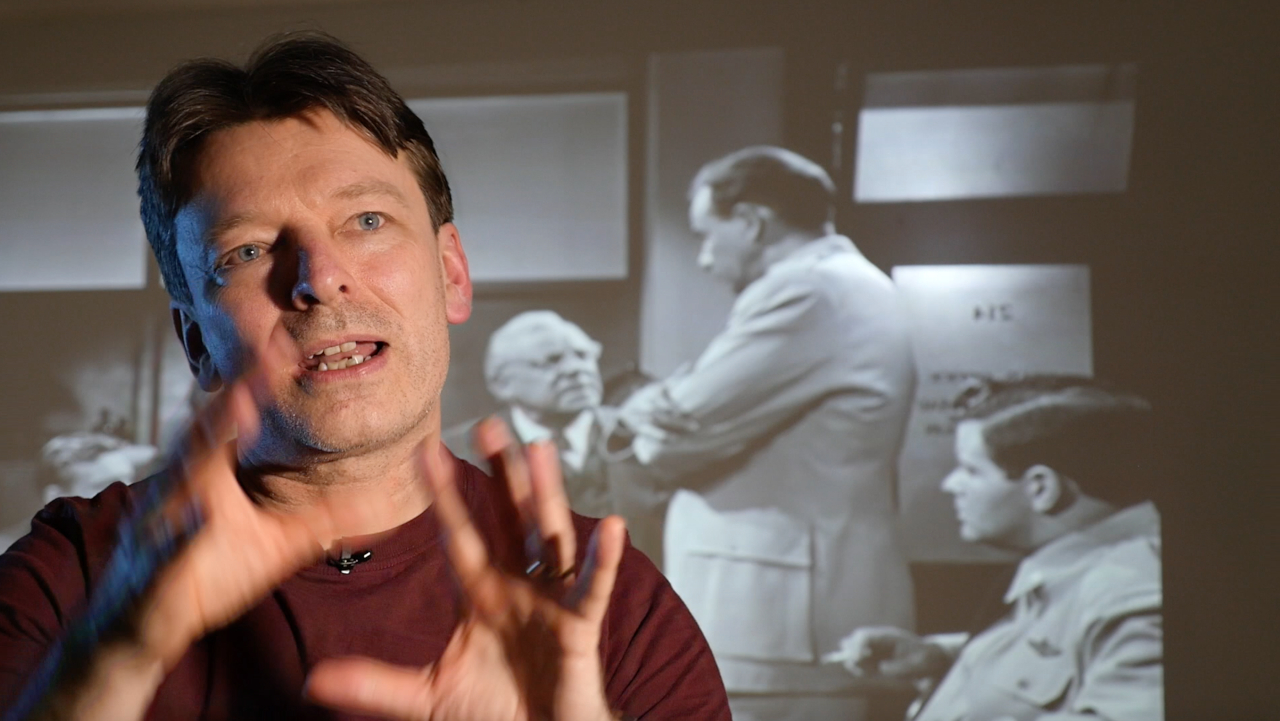 Toby is a professional screenwriter with a particular interest in horror. He has co-written a BAFTA-winning film, 'His House', for Netflix, and also published four novels.