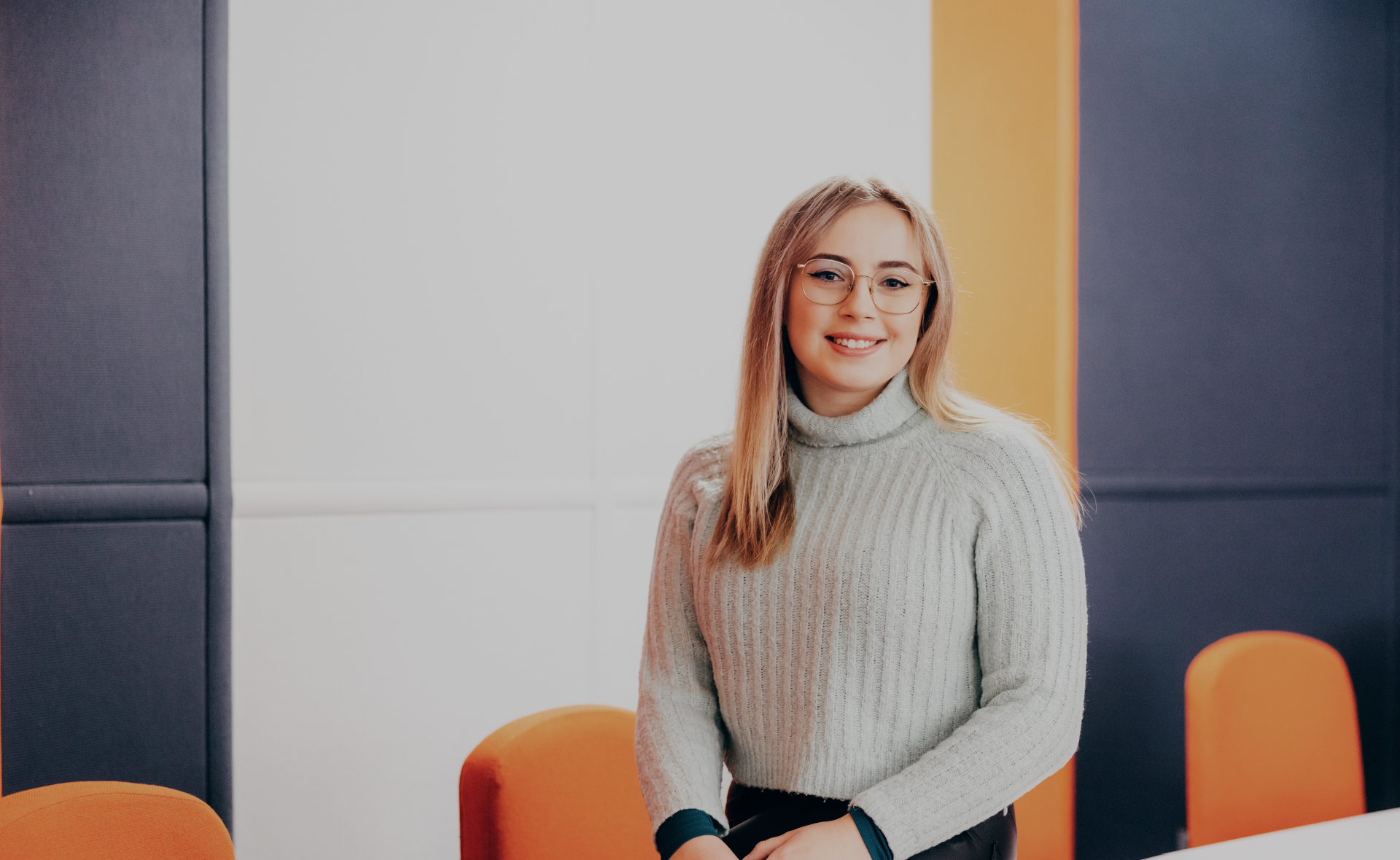 Natasha is a 2022 graduate of our BA (Hons) Politics course. She recently landed her ‘dream role’ working on Irish policy control with the UK Civil Service.

What have you been doing since graduating from ARU?

Since graduating at ARU I’ve managed to land – a rather corny saying – my ‘dream role’ with the civil service. It’s actually in the Ministry of Defence, so I'm working in Westminster, and I get to travel over to Northern Ireland because it’s related to keeping policy control within Ireland and the UK. We travel to Belfast, Londonderry, and the surrounding areas, and we enact policies. We’re connected to the House of Lords in Ireland and the UK as well, and we’re very much a communicator between them.

This is only very recent. I went through the fast stream – which takes a long time! From the beginning of my third year I interviewed, and got through the stages to the end, but unfortunately didn’t make the cut. But less than a month later they contacted me, saying they were pleased with how I interviewed in the previous section, and if I sent in my CV they would give me the opportunity to perhaps be hired, if what I wrote appealed to anyone in the service. Just a week or so later I received an email from the Ministry of Defence. That was back in June/July. It’s very exciting, and very recent. So recent in fact that I haven’t formally started yet. The security processes are very, very long, but I’m able to have constant contact with my manager, and email the Ministry at any time with questions. So I’m not feeling like I’ve been left out – I’m always updated on what’s happening, and what the process is like. Hopefully I should start around November.

It sounds really funny, but what initially interested me in Irish politics was the TV show Derry Girls. It is a really good tv show, and I was watching it at the start mainly for the comedy, but then they started mentioning the military and what was going on. I was like: ‘Wait a minute – this isn’t just a comedy show, is it? It’s actually something that is talking about society at the time.’ There is that history in it, and it’s really well done. I started researching more into it then.

I’ve always had a really deep passion for history, ever since I was young, and I absolutely loved Mary Poppins, the movie. I remember it had the suffragettes in it, and when I was younger I didn’t understand why women were having to fight for their rights. I ended up watching some children-based shows about it - in Horrible Histories they had a suffragette song, which inspired me a lot. I must have been about 9 or 10, and that spiked my interest then into watching documentaries, going to museums, just learning more.

I think the thing that helped me the most was to be confident in myself, which is quite an overused saying, but I was not confident in myself. I would get my results back from my assignments and, despite them being good results from year 1, I would always say to myself ‘Well, you could have done better,’ rather than looking at it as ‘Ok, this is what I can do to do better.’ It took me a while to get out of that mindset, but I had so much support from my lecturers, and my peers as well, in saying ‘You can do this.’ The critiques they wrote on my essays were never done in a way that made me feel down on myself, it was more ‘You’ve done this well, but this is what you can do to move up a grade.’ Reading that, it made me believe that I could do it. When I was having discussions with them, there was very much this whole support system there. You don’t ever feel that you’re being pushed down, and over time that built my confidence a lot.

I have a hearing impairment, and before coming to university I never told anyone. It felt quite shameful and embarrassing, because I felt like I was behind other people. When it came to writing my dissertation, I actually wrote it about disability, and Richard Carr said ‘You need to bring in your own personal experience, to make this dissertation something that’s really close to you.’ And doing that helped me so much. I can go out now, and I’m not ashamed of who I am. It’s that whole big confidence boost I’ve got from just going to university. I found it really easy to talk to disability reps at ARU, and still have one on my Instagram. I felt very open in being able to email my lecturers ahead of time and explain that, if I missed something out it wasn’t because I was being rude, it was because I didn’t catch what they were saying. They got very used to me saying ‘Sorry, can you just repeat that?’ It wasn’t seen as a nuisance. I think that’s what made university so different – it seems more personal, you’re doing what you like, and the lecturers understand more.

The type of assessments I had. At sixth form and school, it’s always exams really, but at university I was doing not just essays, but blogs, letters, portfolios, presentations, data collection. These are all things I’m actually putting into my job now. That was what stuck out to them on my CV. They said: ‘These are all things we do, and the fact that you have gained feedback, you know what to work on, and you’ve done well on those. You’re putting this into a real-life situation here.’ It just makes you feel a lot more confident coming into the work.

Also, coincidentally before I landed this role, my tutor and lecturer Richard Carr asked me to be an archive researcher for his book on Ireland. So I went up to Manchester Museum, and I got to look at these really old newspapers and documents. The librarian was chatting to me about it, and we were looking through it together. Then I went up to Durham, and the old library there. It was just so interesting. Then a week later they told me I’d landed a job in the Irish division, after I’d just spent all that time reading about it!

If I hadn’t had my careers advisory session in year 1, I wouldn’t even have thought about joining the civil service. It was with Jen Little (Employability Advisor), and I was so interested that she suggested having a one-on-one call afterwards. I was just able to chat to her immediately after that session and realise that this is what I really wanted to do. Otherwise, I would never even have known about it.

To not let people get to you. Believe in yourself, which is again over-used, but is very true. I used to – I think a lot of people do – they hang on to little bits that have maybe gone wrong. Maybe they’ve got homework back that isn’t as good as they wanted, and they think ‘I can’t do this anymore.’ But a month down the line, that’s forgotten. You’ve moved on.

I remember that I was a bit upset with my GCSE results. And now I’m into Uni, and I’ve graduated, and I’ve got this job. GCSEs don’t matter anymore – they’re not really even on my CV. It just says I passed this and this, and that was it. I think that’s the main thing. Don’t get so hung up on things. Don’t let anything get to you. You need to think logically. Is this actually going to affect me? No. I’m going to keep working on myself. I’m going to do what I like to do, and not let it get me down.

What was your favourite thing about studying in Cambridge, and what did you learn about the city that you didn’t know before?

What surprised me was how much of a student city it is, the opportunities there are for students. There’s events always going on. Even during lockdown there were events online. I remember the societes would host online movie nights, and other ways to connect with people so you don’t feel so alone. There’s a lot of opportunities in terms of part-time work and volunteering, in the uni and outside of it. I had a little part-time job, I did volunteering, I worked at a couple of Open Days at the university as well. I got to volunteer at Bonfire Night, that was just fun!

When you’re not a student you don’t really see all of this, but when you become a student you get all these notifications from the ARU career team, or ARU temps team. My favorite thing really was the volunteering part and being able to work the Open Days. I've always lived in little villages, but at uni I could walk to places; walk to the stores, and all the amenities there. I can walk to events, go to bonfire night, and then I'm back home again. It's amazing. It feels like you’ve got this community that is close to each other in terms of students as well. You can just go out your door and you’re somewhere new for the day.

What other projects are you currently working on?

I’ve kept myself busy with my photography, actually. There was a Battle of Britain demonstration on in Duxford, and I got some nice photos there of the planes. I just enjoyed taking that time, and taking the photos, reading more about it, and I got to visit Duxford Museum. Mainly that’s what I’ve been focusing on, just being able to enjoy my time doing that.

I also rescued a dog from Romania. I’d been receiving information about how there are a lot of strays in Romania, and I knew of someone else who had done it. There was this little dog who needed a family, so I took him in. He keeps me busy, and we go on walks.

I think it’s just about enjoying a bit of time for myself right now, realising that, ok, I’m an adult now -  this is it, but in a way that’s enjoyable. And with the politics, I just follow up with the news all the time, and read my books, watching documentaries. I’m constantly learning still. 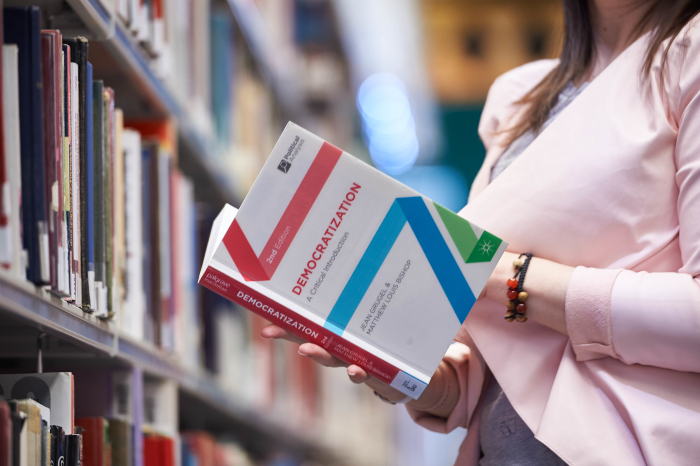 Politics is the art or science of government, the jockeying of groups with different interests to get allocated the resources, power, lifestyle or identity they want recognised. Focus on real-life political decision-making and policies, and discover how international politics shapes all of our lives, by studying our BA (Hons) Politics degree in Cambridge. 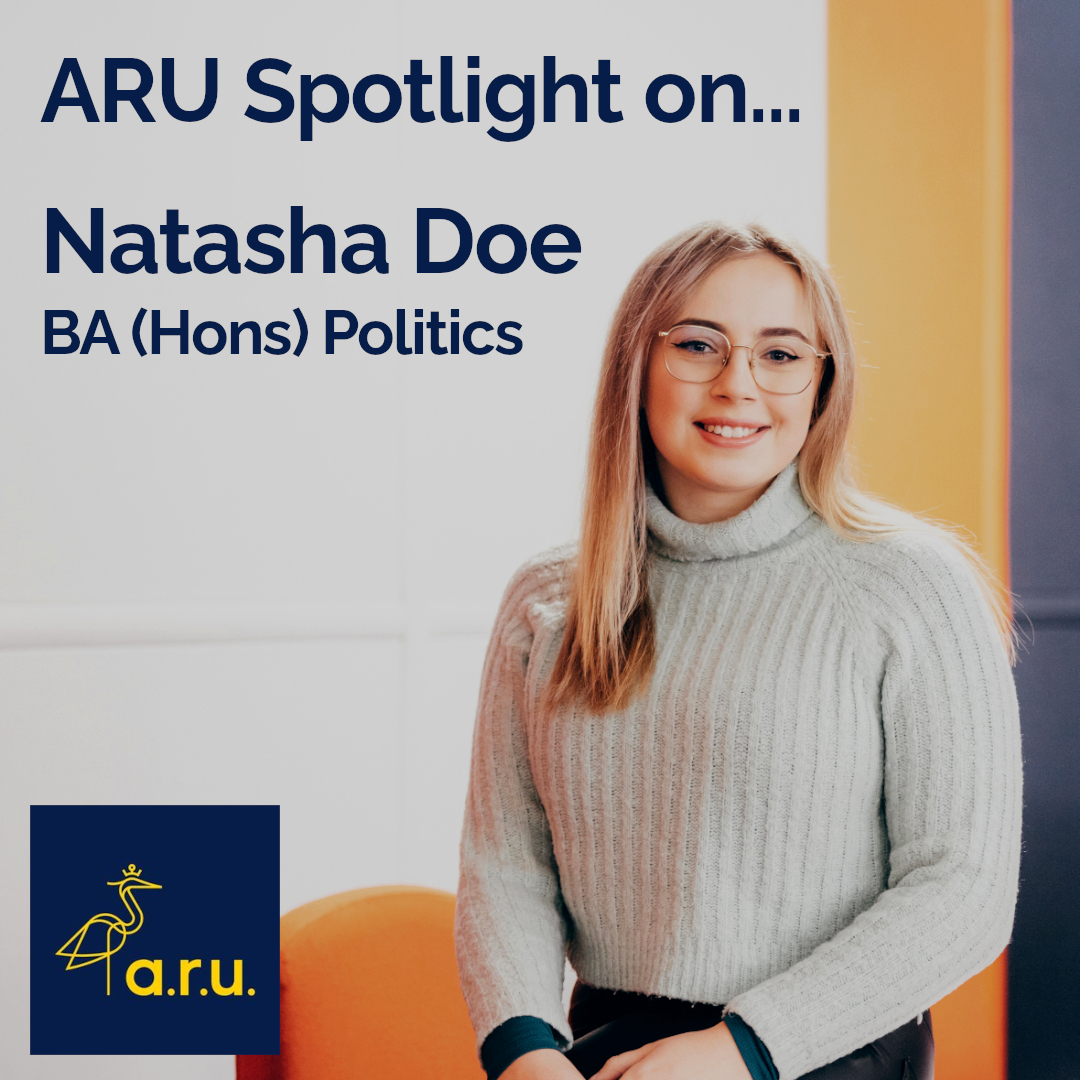 Listen to the full interview with Natasha 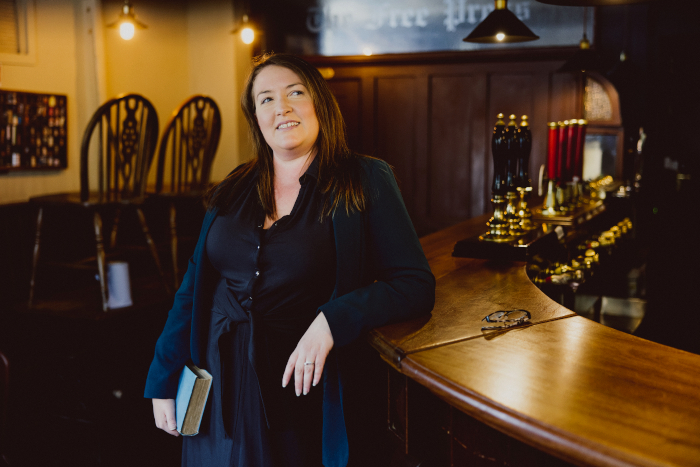 Rachel Ryder is a historical sociologist, and Course Leader / Senior Lecturer for the BA (Hons) Sociology at ARU. The module she is best known for is 'Intoxicants and intoxication,' which takes in the broad field of alcohol studies, including production, consumption and distribution, globally and over time.