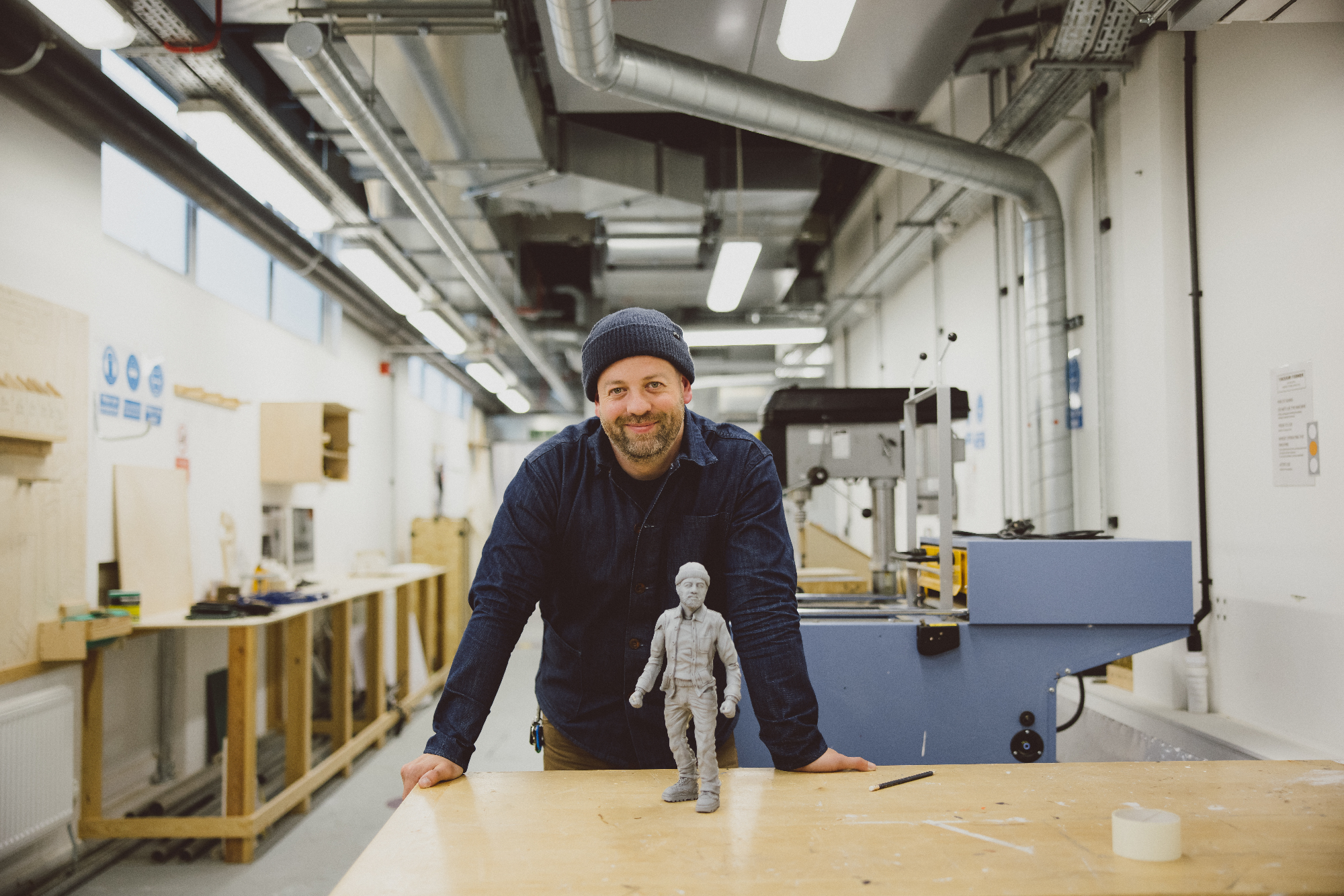 Andrew McDowall is an artist, first and foremost. He works in the 3D workshop at Cambridge School of Art as a Technical Officer. Students and staff from any of our courses can make an appointment to see him, or just turn up - he finds out what they want to make and suggests ways they could go about it: building canvas structures, ceramics, laser cutting, printing. He aims to figure out ways that will help them achieve what they want to achieve - for extra-curricular ideas as well as coursework.

What one piece of art or design inspired you to do what you do now?

The piece of work that has stuck with me the most is a piece called ‘Rock Drill’ by Jacob Epstein. The reason I like this so much is because when I was younger I hated it! In my late-teens, the Star Wars prequel films came out, and the battledroids looked a bit like this sculpture. This made me want to know more about it: was there a link? It turned out it was based on the very first ideas of what a robot is, and the brutality of war, like in Rossum's Universal Robots. When I found this out, I fell in love with it. While I didn’t understand it as a child, it suddenly seemed very relevant, very current. It made me realise you should never be afraid to change your mind.

Stay true to yourself. Your influences can come from all sorts of avenues and places. Sometimes I think we feel like if the people around us are not interested in something, maybe it’s not valid - but if it’s valid to you, it’s worth keeping hold of. In art school, I tried to do things I wasn’t fully behind, and didn’t carry other ideas forward because I was afraid of what people might think. But as I got older, the things I persevered with were the things people came to like. Your own experiences lead you to where you will eventually end up.

I studied at Slade School of Fine Art in London, and I think the most valuable thing I experienced there was the peer learning. I built relationships with fellow students who are still friends today. We had an environment where we were supportive of each other, and able to critique each other’s work. That’s something you only get in an art school environment.

It’s a really powerful thing, to keep an open mind about each other’s work, and be able to reflect on it, despite any differences. We’ve mostly all remained within a creative environment, so when we come together we still like to talk about art, and offer advice, despite the fact we’ve got married, had children and become very busy.

What do you think being at art school is like nowadays?

When I started at college the internet had only just become available, and still wasn’t that great even as a research tool, so we still used the library a lot. I think some of the simplicities of not having social media was an advantage back then - we didn’t have the fear of missing out people have today. Social media can make them think they should be progressing faster than is natural. But it’s also created a platform for artists to share their work with a much wider audience, and find peer groups interested in similar types of work. I went from making everything by hand to getting involved in digital tech, kind of by accident.

I was working for an artist doing quite a bit of engineering when 3D printing was coming in, and slowly I picked it up, along with other digital ways of making. The access and availability of that technology now is fantastic. It has a new place in making artwork - but I don’t think it’s going to replace what’s gone before. Most of what I’m making currently is still by hand, though I sometimes use 3D printing, to combine it with hand-made. That’s an interesting area for me - combining both analogue and digital techniques.

What will the future of art school be like?

I’ve just had a few meetings where we’ve talked about this. I think that there will be more digital manufacturing available, 3d printing, 3d scanning and so on, and I think that there will be a transition of skills from analogue to digital, but those skills will still require grounding in the real world. One of the reasons I was successful in digital was because I already had a background in traditional methods, and what works digitally doesn’t necessarily work in the real world.

There’s also augmented reality, and virtual reality, to consider, but again, with those, blended interaction will be the future. We are tactile beings, and we want to have that tactile nature. You could make a sculpture and add new layers to it that you couldn’t necessarily make physically, projecting a digital sculpture over the traditional one. Those are things we’re going to be teaching to future generations, skillsets that are missing at the moment. Currently there aren’t that many people who can switch between the two, so art school will be important for that.

Not knowing who’s going to come through the door, or what question you’re going to be asked. That’s the joy of an art school - it’s never the same job day in, day out. I could be teaching someone how to work with clay, and an hour later doing woodwork, or having a conversation about digital processes and laser cutting. The day isn’t boring. You are going to be challenged every day. I really enjoy the problem solving. You have to have a dialogue, a conversation with somebody, and they don’t necessarily know what’s going to happen in that conversation either. The outcome is decided between you and the student.

Making is part of the teaching, so I like to have projects on the go. It helps to start a conversation with students, and show them what is possible, what you’re making. I think it adds to their experience and your own – keeps things fresh, and hopefully inspires what they do.

I’m currently working on a self-portrait sculpture at home – my wife works in a creative career as well, so together we make as much mess as the kids! I’m also making a stop motion puppet for the workshop tomorrow. A  little cosmonaut – I had no idea what it was going to be, I just talked to the camera and figured it out, seeing where it would go as I made the video.

Have you worked with any well-known artists?

I used to be Project Manager for Dame Phyllida Barlow, and Studio Manager for Conrad Shawcross, who makes mechanical sculptures, things based on mathematics. I worked with the British track cycling team for the Olympics, when I was doing engineering, and also won a BAFTA with students from the National Film and Television School, for a project we worked on together that used puppets by Mackinnon and Saunders, who also made the puppets for Corpse Bride and Fantastic Mr Fox. 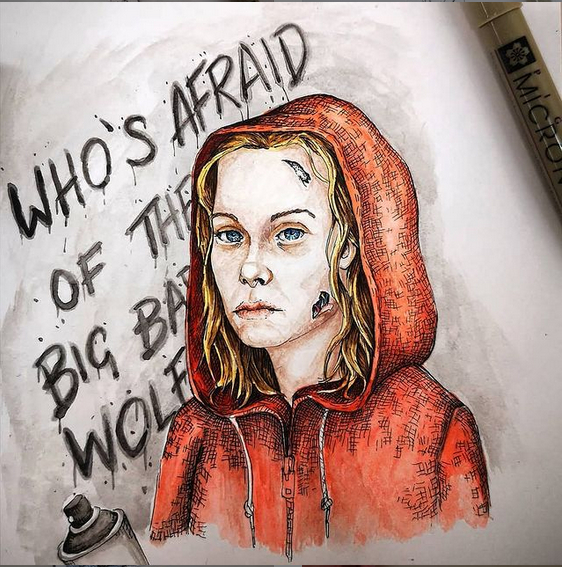 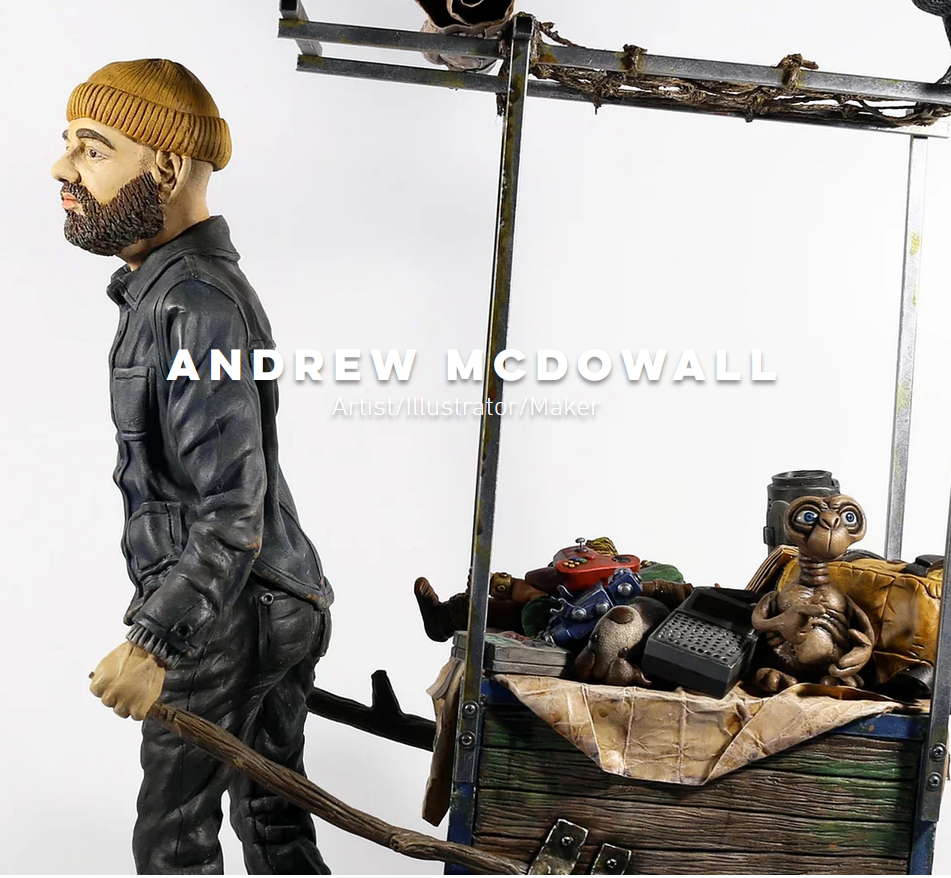 A series of drawings and sculpture that illustrate the growing issue of mental health and to highlight the feelings brought about from suffering with depression. Each piece represents a personal journey that evokes scenes from traditional story books. 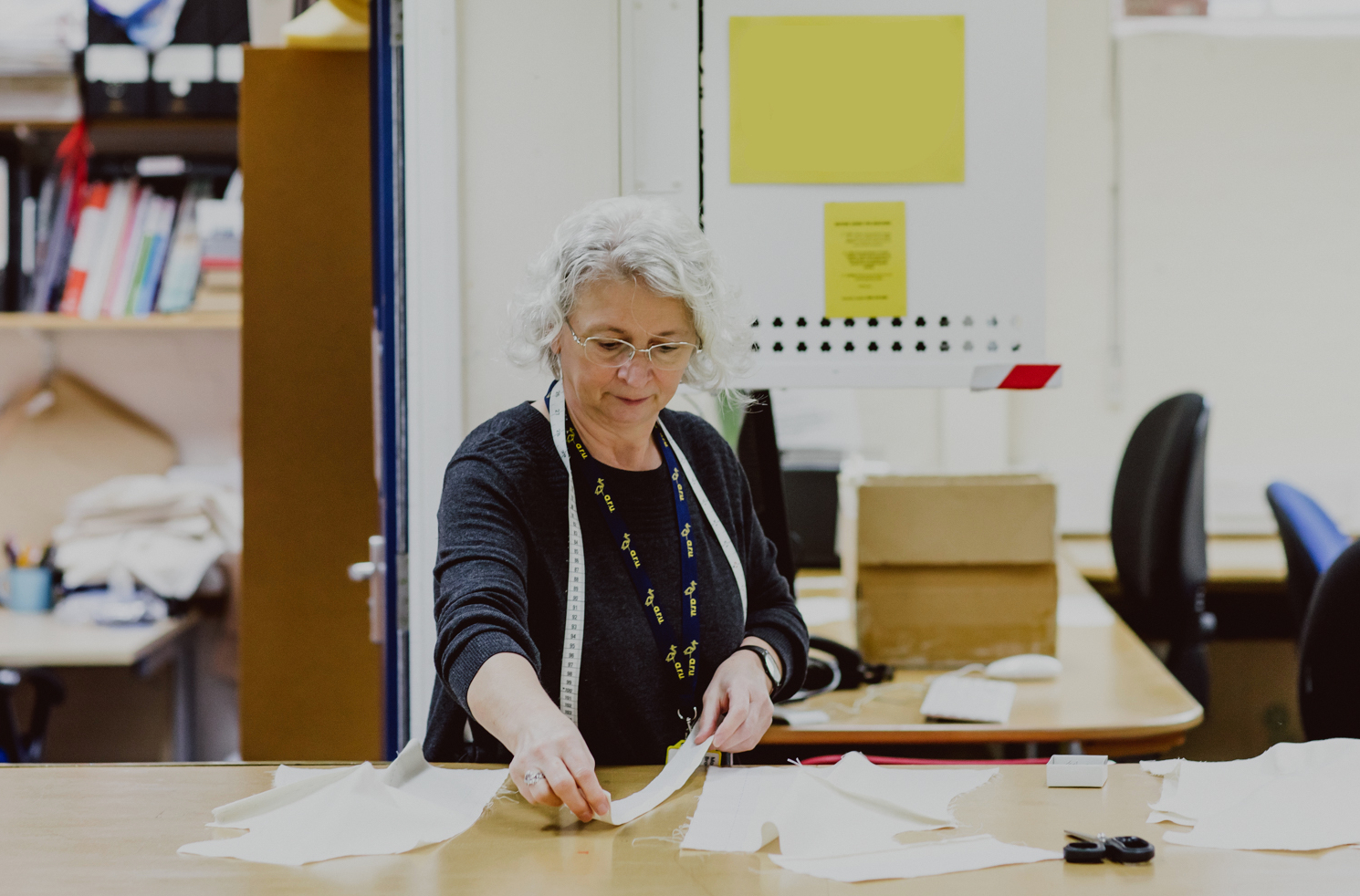 Monique began her career as a costume designer for feature films, working on the likes of Luc Besson's 'The Fifth Element' and George Lucas' 'Star Wars: The Phantom Menace'. She now works in our fashion studios, helping students and staff develop their creative process.