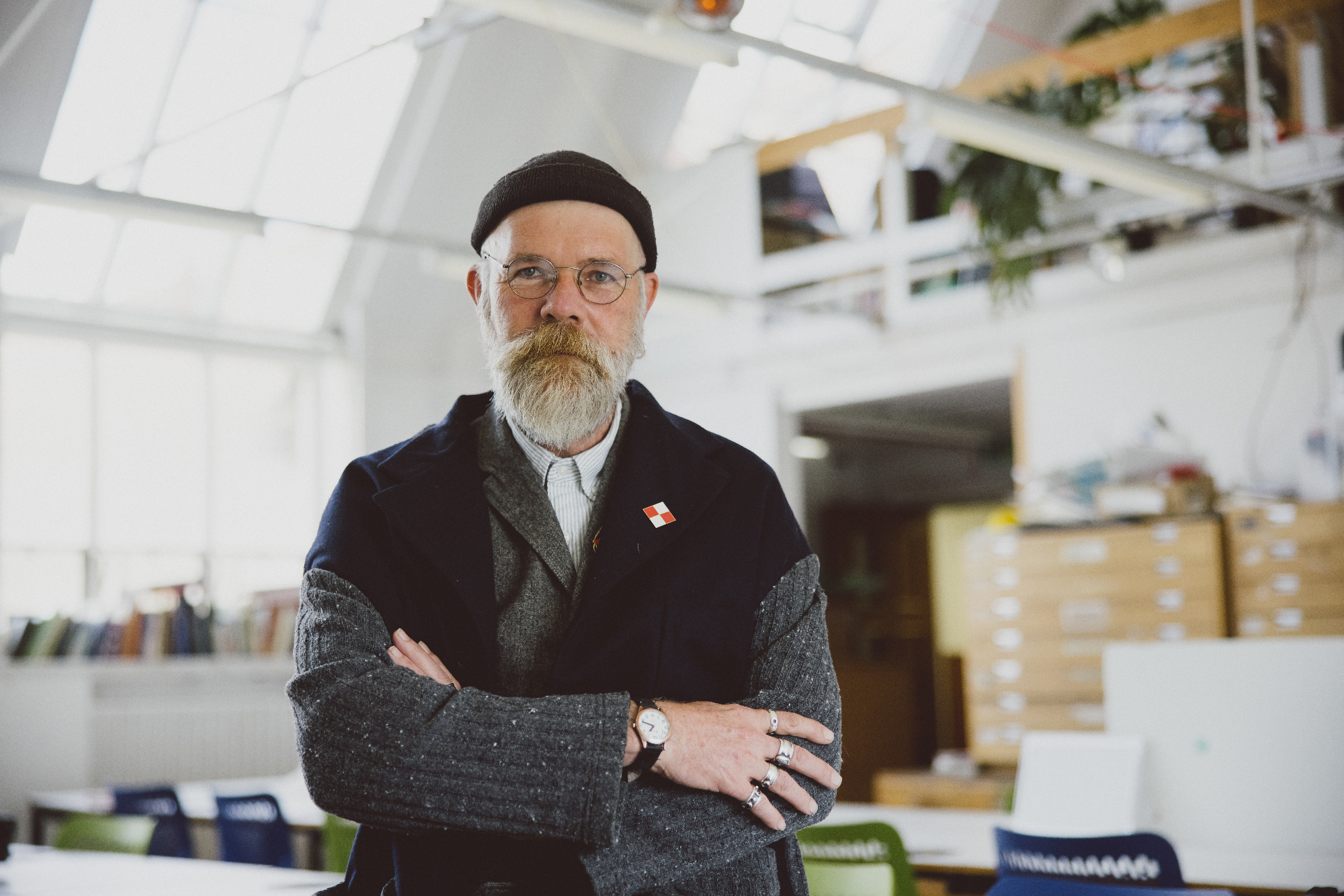 Chris Draper is Course Leader for the BA (Hons) Illustration at Cambridge School of Art and a freelance illustrator who has worked on editorials for the likes of New Scientist, GQ, and The Independent newspaper; book covers for major publishing houses; and advertising for BT, NatWest, Weetabix, E-Cover, and Patek Phillipe.

In terms of illustration, the visual side of things, probably the biggest influence was an exhibition which was called ‘Lost Magic Kingdoms’ by Eduardo Paolozzi. That was at a museum that doesn’t exist anymore, the Museum of Mankind, part of the British Museum. For me that was a huge eye-opener, in that objects could tell stories. I was an art student, we were doing lots of drawing, and there was a kind of lightbulb moment where I thought ‘Well, why do I have to draw the object? Why don’t I just use the object itself?’ He’d been given access to all the back bits of the British Museum, and started making collages with African masks and all sorts of crazy stuff, but still telling stories, and that’s really what got me on the journey of using objects and photography in illustration.

I then discovered Joseph Cornell, who really inspired me, and more recently Medicine Man at the Wellcome Institute. In terms of music it was probably Brian Eno for a whole bag of reasons – the music, the thinking. I just found him really inspirational, and in a way I suppose that’s still relevant today in a lot of the work I do. It’s kind of ambient, the visual work. So I think those are the key influences, but that exhibition, Lost Magic Kingdoms, it really was the lightbulb moment.

The other thing I suppose is films have had a huge impact on me as an artist, particularly a Russian director called Sergei Parajanov, who directed a film called The Colour of Pomegranates, which I’ve no idea what the film is really about, but it’s one of the most beautiful films you will ever see. That, when I was on my MA, really informed the kind of work I was doing. Well worth a watch.

I think I’ve got three or four. One of them is a personal bugbear: enjoy life without the internet and social media. Make the most of that. I feel under pressure to use it, it’s not something I enjoy using. It’s something I find interesting, but it is a time vortex and like most academics, when you’re pressed for time, you have to be quite discriminating about what you engage with. So yeah, I do keep an eye on Instagram, but I’m not someone who’s on Twitter half the day, and checking out LinkedIn. I think students who are graduating really need to engage with this, but as a full-time academic it’s a huge distraction. Remember I spent most of my life without the internet, but these are digital natives. It’s not a biggie for them, and I think I find concentrating on that sort of thing probably more difficult than they do.

You might not know what you’re doing now, but keep going with it. I didn’t know what I was doing when I left college, and it was a kind of exercise in faith, and believing what I did was interesting and hoping other people would share it.

The last bit of advice – I couldn’t beat it – is from Baz Luhrmann’s song ‘Wear Sunscreen’. It’s absolutely brilliant.

I couldn’t really pick one of those. I think they’re all kind of valid. You might go to a party and trip over someone on the stairs and it’s your younger self, and my younger self wouldn’t have listened to any advice anyway, whatever I had to say.

I think what my education did was encourage something that was probably latent there but gave me a sense of confidence in it, and that was a sense of curiosity. I think any successful illustrator is going to need that. I think it’s kind of inherent, being curious about the world about me, and not just the world of illustration. Working for New Scientist I was exposed to all sorts of crazy articles, things I didn’t know about or understand initially, and I really enjoyed that.

And it’s the same with book covers. Something that illustration has given me was exposing me to things that I wouldn’t normally seek out, that maybe are not my taste, and if you take a commission on you just have to learn about something and get enthusiastic about it. So that sense of curiosity has stood me in good stead, and it was always encouraged on the courses I was on.

I give a presentation, and one of the slides is ‘Curiosity killed the cat, but it’s really important for illustrators.’ And I think not just illustrators, any creative person. It’s what allows you to continually evolve and develop. A career in the creative industries might last 40-50 years, and you really don’t want to be doing the same work that you were doing at college, so how do you reinvent yourself? How do you feed your creativity? And really that is through curiosity. Kills cats, but really good for illustrators.

What do you think the future of illustration, and university illustration courses, will be like?

It’s a tricky one because what I think has happened in the last year has thrown a lot of things up in the air. I don’t think that my graduating students will be using physical portfolios in the future. I think the days of dropping a portfolio off are done and dusted. I don’t think anyone for the foreseeable future is going to want to touch anything that’s just been dumped on the doorstep.

In the longer term, we keep hearing about AI, how it’s going to impact on some very established industries, like law or accountancy, things that can be quite repetitive. I think anyone working in the creative areas will have an edge because we are ideas-based. We might be using Photoshop or Illustrator now, five or ten years ago we didn’t have ProCreate, and now a lot of students are using ProCreate, so I have no idea what kind of software we will be using in ten or fifteen years time. I think it would be naïve to predict that. So I think if you concentrate on ideas, on problem solving, first, and then say ‘What’s the best way to express that?’ Is it doing a monoprint or a silkscreen, or using a 3D printer, or ceramics? So if we place the impetus on ideas rather than software, we’re hopefully future-proofing the course.

The most interesting thing is working with students. Seeing and discussing new work every day. I was going to say ‘Typically, my day...’, but there is no typical day other than seeing new work. I might be seeing someone who’s using the 3D printer in the workshop. Oh, how’s that illustration? Convince me. Surprise me. Someone else might come up from printmaking, someone else is bring an iPad in working on ProCreate, someone else is working in ceramics. So working with students, challenging ideas of what illustration can be.

That is what I’ve carried through my education, that is what I try and instil in students. What are the next generation of illustrators going to be making? Do not copy what is already out there. There’s no point. It’s out there. My students need to reinvent what illustration can be, and I will totally support that.

How does any work you do outside the university tie in with your work at ARU?

It informs everything from the curriculum, the structure of projects, the feedback on projects.  So over my years of working with designers and art directors, and discussing projects, that professional side is very much at the heart of the course. So students are always working with briefs, they’re doing roughs. The structure of the course maps over very closely to the life of the freelance illustrator. It’s not as though education and the business are separate. My freelance experience informs the educational experience.

Crick and Watson, who envisaged DNA, I think it was Francis Crick’s wife, Odille, who was actually a member of staff at Cambridge School of Art, and she drew the first visualisation of DNA, which is probably one of the most important scientific drawings of the 20th Century. If you look up Odille Crick it mentions she was at an institution that is now Anglia Ruskin University, so the first actual drawing of DNA was done by a member of staff of our precursor.

Listen to the full interview with Chris on the ARU Spotlight Podcast. 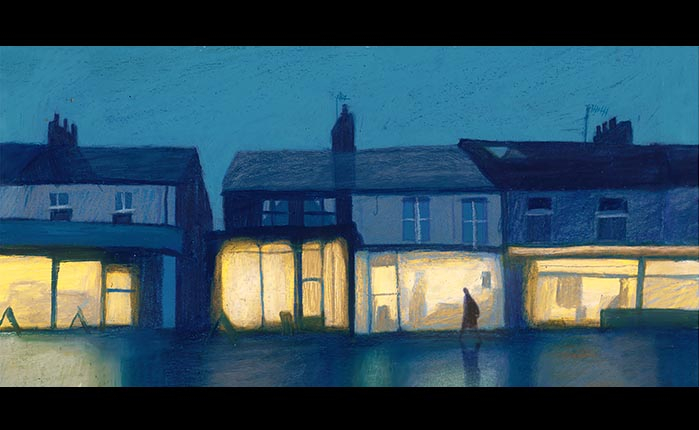 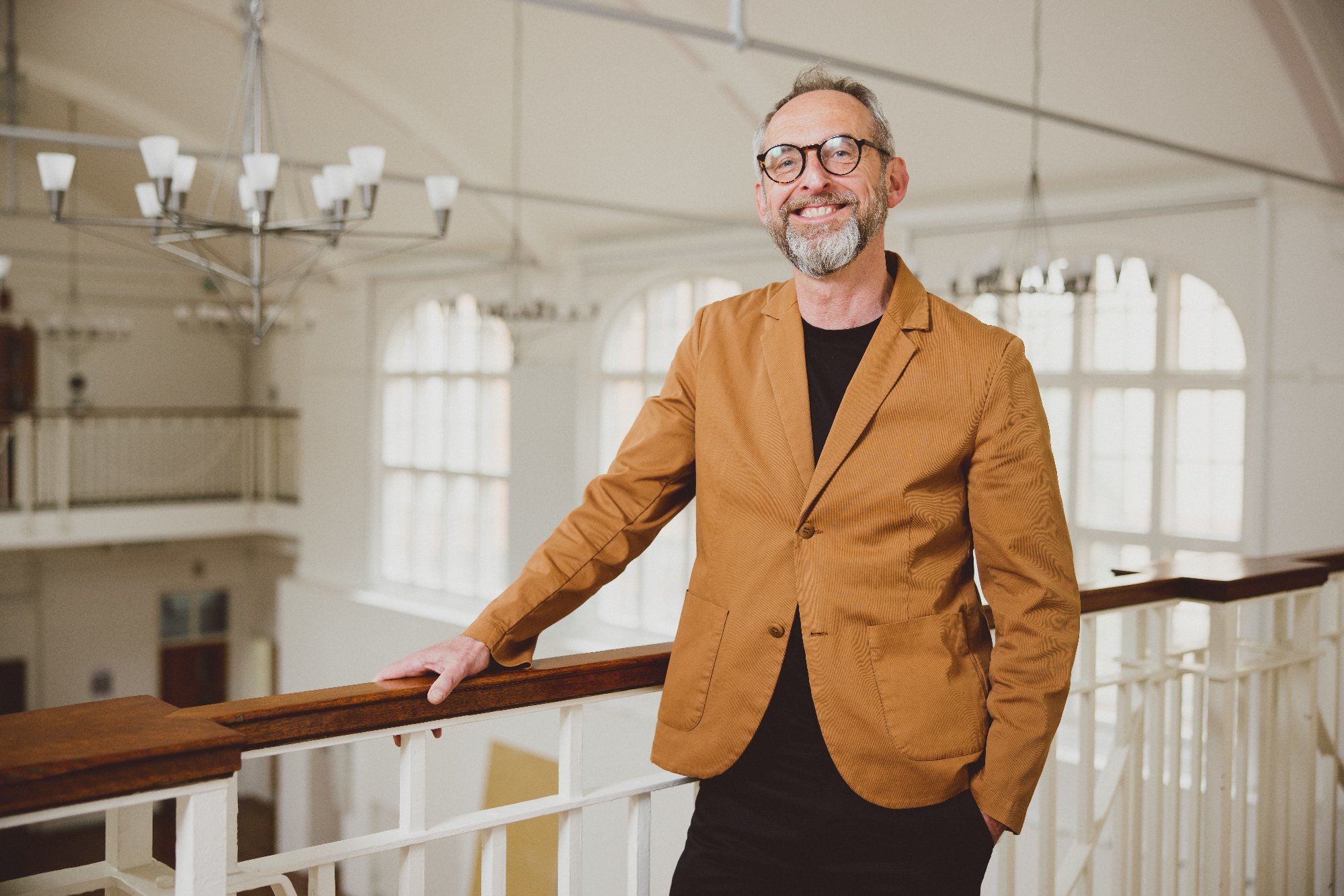 Joe is Head of Cambridge School of Art, leading on strategic and operational aspects of the school to ensure it’s a fantastic environment for learning, research, creativity and development.