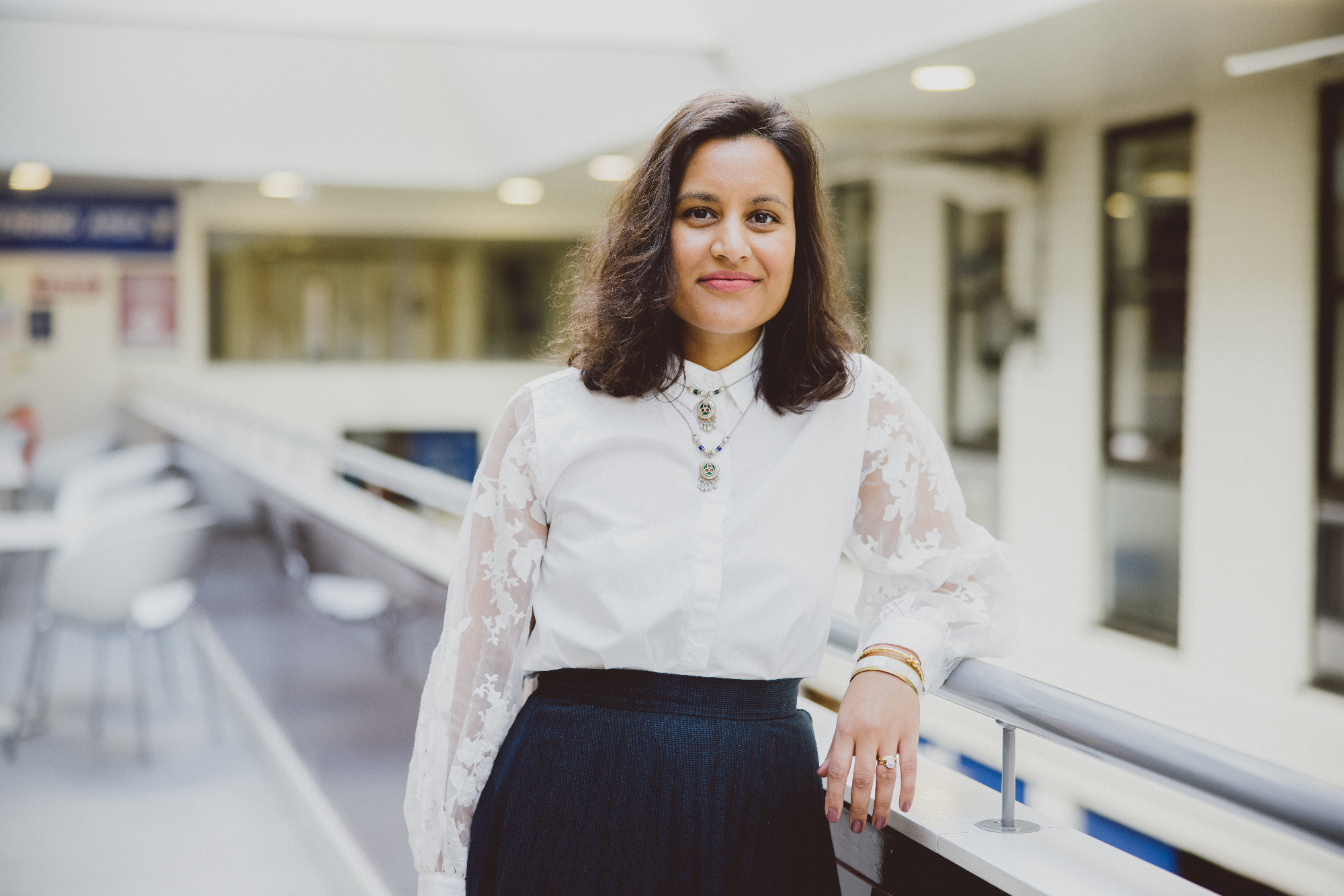 Her research explores the role of morality and moral emotions in the explanation of criminological behaviour. She is interested in finding out whether offenders are young people with weak morality, so they don’t feel it’s wrong to carry out certain moral transgressions or acts of crime, and they don’t feel the associated emotions in the same way that most people do, such as empathy, and shame, and guilt. She spends a lot of time exploring all of these different concepts to see how they relate to crime.

I think my passion in the psychology of the human behaviour. I chose psychology at A-Level and it was by far my favourite subject, and that feeling just never, ever went away, and that was a long time ago now. My fascination for psychology and understanding people goes back to my upbringing. I was really fortunate to belong to two different cultures, growing up as a second-generation Indian in England and really celebrating the Indian culture and community and identity, but also being introduced to this British way of life. The two were sometimes quite different. I was exposed to a wide array of traditions, interactions, languages, foods. For me, that translates so well to the psychology of people, and how we behave and act in families, communities, friendships and so on. I think that’s the key thing that led me down this path of psychology and criminology.

I was one of the only Indian, or non-white, people in my school at the time. My friends at school did different things. For example, they would watch what I learned to be traditional Western children’s films, like Disney films, whereas I didn’t grow up watching Disney films, so I’m benefitting from catching up on that now in my adult years, and reliving it with my young child. Different dinners - they would have Sunday roast every Sunday, and we didn’t. So these things in isolation probably seem like really minor, silly details, but once you gather up all these different details of your life it becomes a completely different way of going about your daily life. They would go out and do different activities at the weekends. They would speak to each other in different ways.

There’s one piece of artwork that I think has really inspired me to find some balance in life. It was a gift from a friend, and it’s about Yoga but I don’t think you have to necessarily be a Yogi to appreciate it. It’s a picture of a lady practising yoga, and it says ‘Yoga is the journey of the self, through the self, to the self’. I think that’s a really amazing message that I often think about on a weekly basis, because we are constantly going through this journey of thinking about who we are, and our identity, and the dent that we want to make in society before we leave, especially when tackling things like social injustice, and criminal injustice, and looking at human beings and learning as you go, adapting to what’s going on in society around us.

Enjoy it while you can. Getting older brings a lot of self-assurance, confidence, stability, all of which are brilliant things, but it brings increasing responsibility, and it becomes more effortful to just have fun. Don’t worry about a thing, because everything slots into place somehow.

I was in education from age 4 to 21, and then 25 to 29, so a great deal happened in those years. From my formal education, obviously the tools, the experience, to have the academic knowledge and know-how, and I feel very fortunate for that again because in some cultures it’s still not as easy for some females to access education and break free of those traditional female roles, and that education was only made possible with funding really, student loans support, parental support, bursaries.

But the informal education, through extra-curricular activities, networking and so on, has taught me to be more probing, inquisitive, to challenge myths and preconceptions, to consider difficult issues such as inequalities.

What’s the most important fact your research has uncovered?

I think the most important thing that I’ve found is that people that commit acts that might be frowned upon, or against the law, or that cause harm to others, are not necessarily inherently bad, or entirely to blame, but rather they exhibit weak morals and moral emotions because they’ve often experienced difficult and negative experiences earlier in their lives, sometimes in childhood, in adolescence, and sometimes in relation to parenting and school experience. So I think the most important finding is that people are not born evil, and they are entirely a product of a combination of their biological and genetic basis combined with the experiences they face as soon as they enter the world, and I think that there is too little attention paid to the latter in popular culture and the media.

I think it’s a cultural and socialisation issue. In the UK we’re brought up to consume a lot of media, which isn’t unusual, but we’re taught that people who do bad things, especially if they’re really violent or even fatal, that we treat them in a certain way, with punishment, and the idea of prison is something that we think about from a very young age. So, for example, my 3 year old calls the naughty chair at pre-school ‘prison’. I said ‘Do the teachers call that prison?’. And she said ‘no, the children call that prison. Jail. Jail is a type of prison’. She said this to me just yesterday, because her friend pulled some blu-tack off the wall and he sat on this naughty chair. This may or may not be true - this is her perception of life. But what I mean is we’re taught that, if someone does something bad, even if it’s just a moral transgression not defined by law, we should punish them instead of sitting down and talking to them about why they may have behaved that way.

Recently, I’ve been reading more and more about the use of virtual reality technology to run criminological and psychological experiments. For example, they can place participants in potentially provoking or conflict situations in which a crime might take place, and then observe the reactions and I think that’s really exciting, because that’s a new way of exploring under which circumstances – specific circumstances – that crime events take place in real life. There are already a variety of methods to try and capture that, but I think VR opens up a whole different ball game, and that could potentially become really exciting, if it becomes more and more affordable to adopt in the future.

What projects are you working on right now?

I am applying for some external research funding to develop, devise and administer a morality-strengthening program with young people. I’m proposing to create an 8 or 10 week program in which 100 or so young people come and carry out various tasks and activities such as roleplaying as victim and offender, imagining hypothetical scenarios that they might find themselves in, considering moral emotions and how they may be harboured and cultivated, and lots of other elements of the program that link to my past research.

I am also drafting a few journal articles for publication in academic journals. One of those looks at how empathy interventions can be used in a criminological context for the first time. So, although there’s a building body of evidence now to indicate that weak empathy relates to involvement in crime, they haven’t quite reached the stage where the programs and the interventions are being put into place. We’re at the cusp of that happening, so I’d like to contribute to that, and that’s what that paper’s about, taking empathy interventions from other disciplines, non-criminological disciplines, and making recommendations for how we can do that in criminology.

Last year, I was involved in some initiatives that focus on recognising diversity amongst the community at ARU. I led a research project to look at attainment gaps amongst BAME students in AHSS, working alongside them to hear about their learning experiences, and seek measures and provisions to best support them.

Tell me something about Cambridge that other people might not know...

There is a cool underground CCTV control room in central Cambridge, with teams that look through the CCTV footage from the hundreds of cameras around town. I took a group of students there once, and it was so interesting and fascinating, and they showed us all sorts of hotspots, and where all sorts of weird and wonderful things take place. 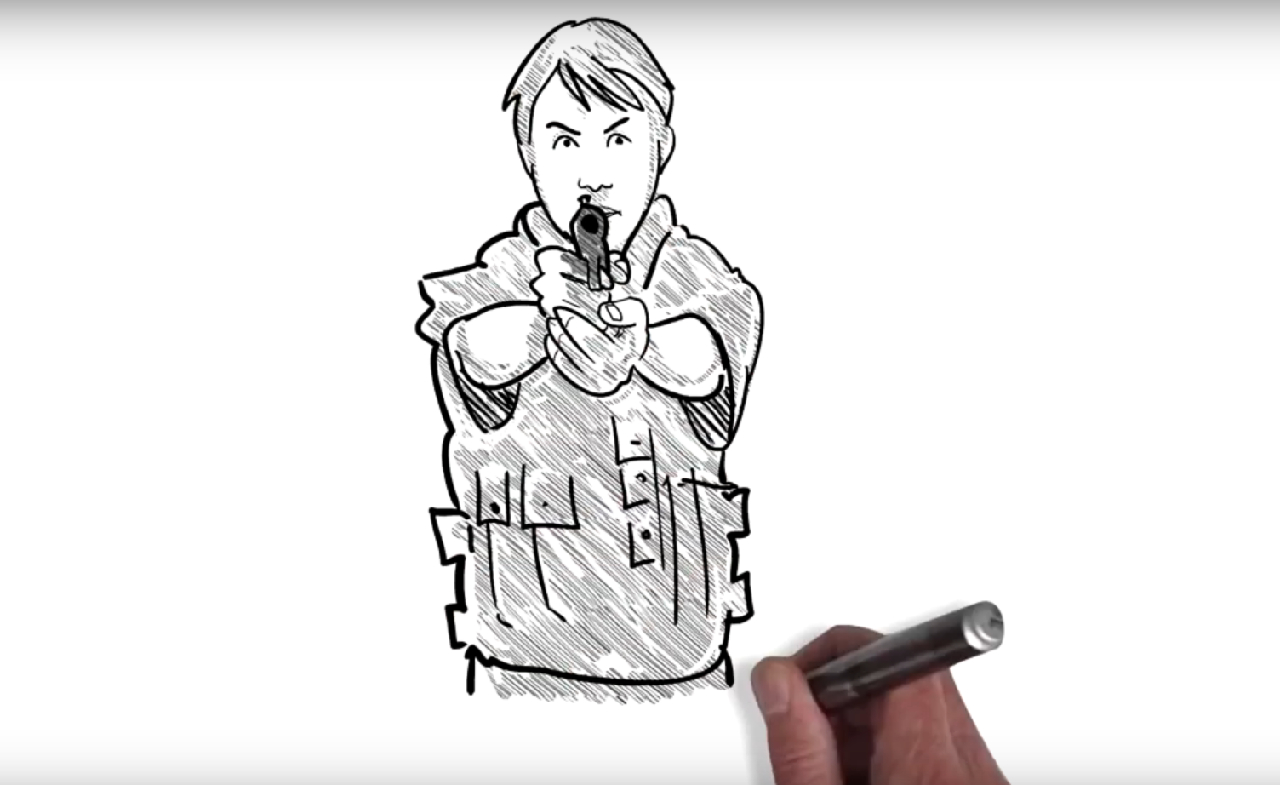 Explore the causes of crime, the effectiveness of punishment, and how crime and victimisation are represented in the media. 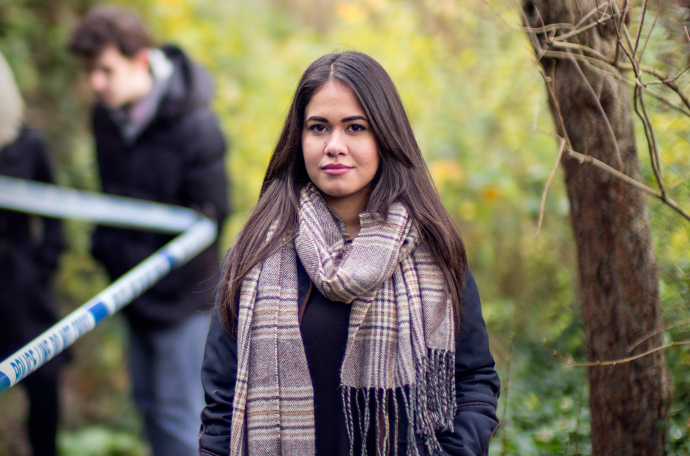 School of Humanities and Social Sciences

We believe in thinking critically about the past, present and future to challenge perceptions and better understand communities and people.