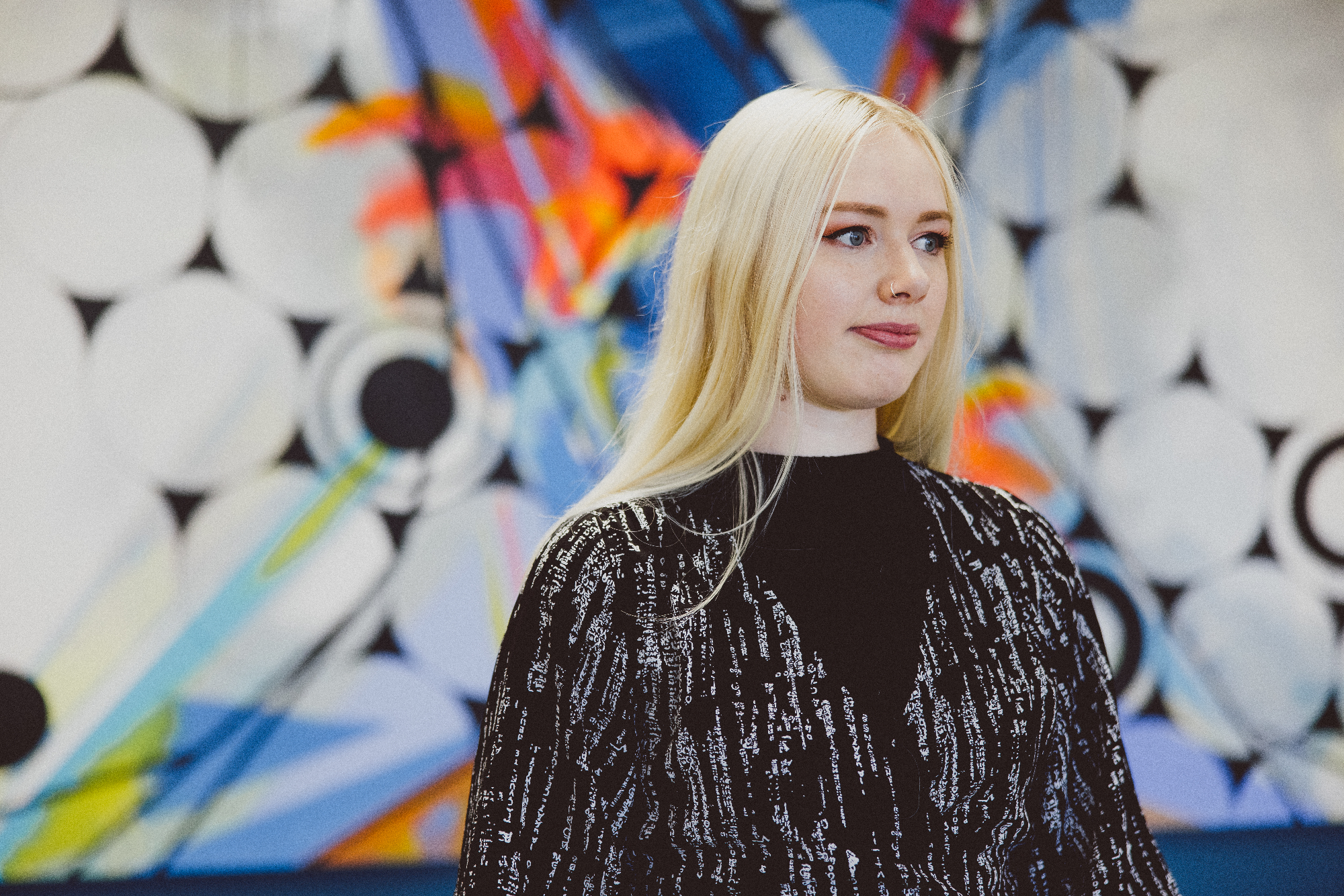 Holly Akrill is a Lecturer on the BA (Hons) Computer Games Art course at ARU, and a graduate of our BA (Hons) Illustration and MA Computer Games Development (Art) courses. Outside of ARU and teaching, she's a game developer and artist. She worked on the game "Locomotion" with a team called Polyfox, releasing it on Steam and Nintendo Switch. She also works as a freelance artist.

How does your work outside the university tie in with your work at ARU?

The stuff that we teach is what we do outside. We practice what we teach. I’ve just made a 3D model of an axe that I concepted. I drew the concept, then modelled it, textured it, and rendered it. That whole process, that I did in my own time, is what I teach at ARU.

When we were working on Locomotion at my previous workplace – I’ve been working on another game since – we let our people playtest the game. We set up a big QA session, where all the students got to playtest and QA the game, and bug report for us. We tend to get quite a lot of industry QAs and talks in. I’m a member of BAFTA - BAFTA Crew Games - so I speak to industry regularly. It’s a bit tricky right now because of the COVID situation, but we have a couple of industry people we can ask to do talks, and also set live briefs as well.  We’ve got Media Tonic at the minute, who are doing a live brief for our game development module in the second year, so they’re making a game for Media Tonic, which is pretty cool.

I’ve genuinely always loved art, so that’s why I got into doing art, but there’s a few games that always stood out, that made me think I want to make games. One of them was Journey, which is a beautiful game. It’s got a beautiful score and the visuals are stunning. I’ve always really loved that. Little Nightmares as well, a bit later on. I was like ‘I love this. I’d love to do something like this.’ So they were the ones that made me feel that I’d really like to explore game art, and indie development.

I’m a big gamer, I’ve always enjoyed them. I think before I started college I was interested in doing games, but didn’t really consider the art side of things, and programming’s not really my cup of tea. So I just pursued art because that was what I loved, and then I realised ‘wait – I can do art for games’, and I realised that quite late on in the illustration degree. There was a lot of getting used to things, because it was just completely different from what I was doing on Illustration. Illustration was more traditional techniques like printmaking and painting. Going into the MA Computer Games Development (Art), I ended up doing purely digital – working in 3D software, building games in-engine. Stuff I wasn’t exposed to before. But it was quite an easy transition. There was a lot of learning, but I picked it up pretty quick.

Probably the skills I learned. The biggest thing I took from illustration was the fundamentals of art, which sometimes are tricky to pick up, and figure out. We did a trip to Seville, Spain, and studied colour by painting in the streets. Something kind of clicked there for me with colour, and that’s something I’m really proud of, my understanding of colour and building palettes.

But in general, just skills that I’ve learned and been exposed to, especially on the game side of things. Being able to pick up all the software I do now. I’m really happy I did illustration, but I’m also happy I made the jump into games, because if I hadn’t have done that MA in games I’d have been a bit lost I think.

Practice more. The industry is just so competitive, you really need to put in the work. And I have, and I am now, but I always think ‘Could I have done more?’ But maybe there’s never enough you can do. It’s just so competitive. I do certain things and think ‘I wish I’d done more of this, or done more of that,’ but there’s just so much to cover. It’s tricky. I think, just practise more. I don’t regret any of the decisions I made, it’s just maybe putting more time into things.

Make game art! Creating art, and then getting to teach it. I know that’s pretty much the job but creating things, and being able to teach it, that genuinely is the coolest thing. I love making things, and that’s what I get to do.

What do you think the future of gaming will look like?

Game development – the process of making games – is just developing so quickly, it’s moving almost faster than medicine, so you have to learn stuff constantly. If you’re not keeping up with current software, within a year you’re already out of date. That’s how fast everything moves. Even the programme I use – Autodesk Maya for 3D modelling – so much has changed just in that one program. The software themselves are constantly having to improve and keep up with the technology that’s being put out there.

What do you think future university courses will look like for gaming students?

They’re getting more and more popular, which is making the industry more and more competitive. They’ve already started courses for Esports - people are starting to study Esports, so I see Esports kicking off. If you look at the DOTA 2 Championships, their prize pool a few years ago – I don’t know what it is now, but their prize pool was $2 million. Esport is massive. It’s a lot different than it was before, when it was 8-bit or 16-bit games, when people would just go to a convention and sit and speed run. It’s massive halls, stages, presenters, and it’s growing and growing. So Esports definitely I see cropping up more and more, becoming a lot more popular, because people have courses for sport science and sport management, I can see games having that now.

Games cover all bases, or they can do. They can have narrative, beautiful music scores. CD Projekt Red, with Cyberpunk 2077, they involved loads of artists – musicians and stuff. They had Run The Jewels do a song for them, and Grimes, and they have a whole soundtrack of popular musicians, so there definitely could be a lot of overlap, and working with different departments.

What projects are you currently working on?

I’ve actually take a step back from Polyfox, and I’ve started working on my own stuff, which I can’t talk about. I’m not doing everything by myself though. I have friends and colleagues that I’m going to work with, but I’m kind of in the idea stage at the minute. I’m just going to see where I get with it. I just want to make games, and I can, because I know how. At the minute I’m making notes, writing sketches, that kind of thing.

Polyfox are pursuing a new project, which I can’t talk about either, but I’m still involved with them. I still talk to them and they show me their progress. Making a game is a huge commitment. Locomotion took three years, with six people. It probably would have been a lot shorter, because we did start it on the MA. Bearing in mind I’d never even used Maya before, let alone game engines, so it was like learning to walk while running. But it worked out, but there was a lot of reiterations during development, so it took its time. We were happy when it was done.

Tell me something about Cambridge that other people might not know…

There’s a lot of the games industry here. There’s a really large percentage of the games industry here. There’s so many companies. There’s Frontier, who do Elite Dangerous and Planet Coaster, and the Jurassic Park game. And then there’s Ninja Theory who did Hellblade, there’s Jagex who do Runescape. There’s smaller and independent companies, like Inkle who did Around The World in 80 Days; Ghost Town Games who do Overcooked, I think they started in Cambridge.

Cambridge is in a really good spot because it’s also close to London, as well. But in terms of games and development there’s a lot going on here, on our doorstep. 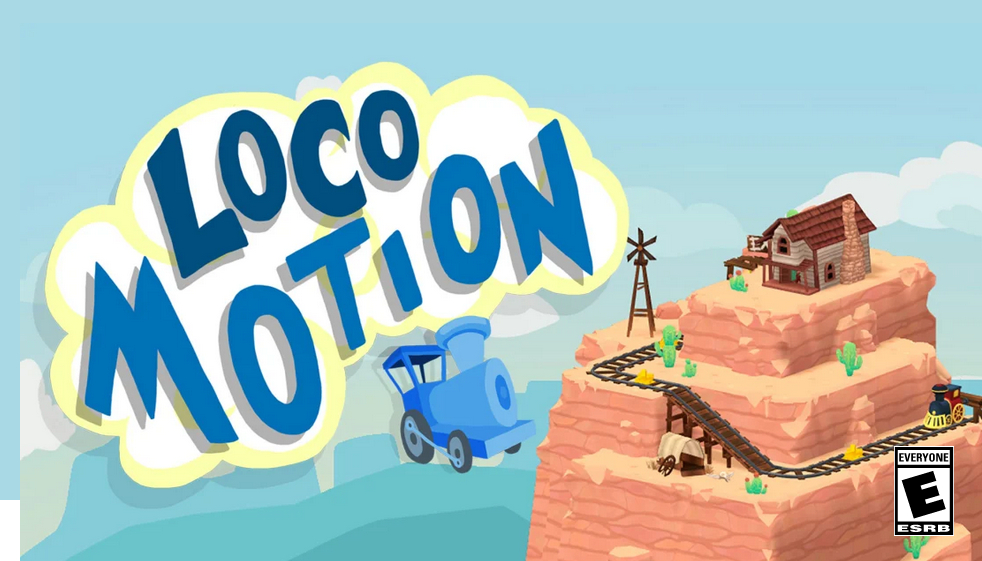 Find out more about Locomotion on the Nintendo Switch, and buy a copy for yourself. 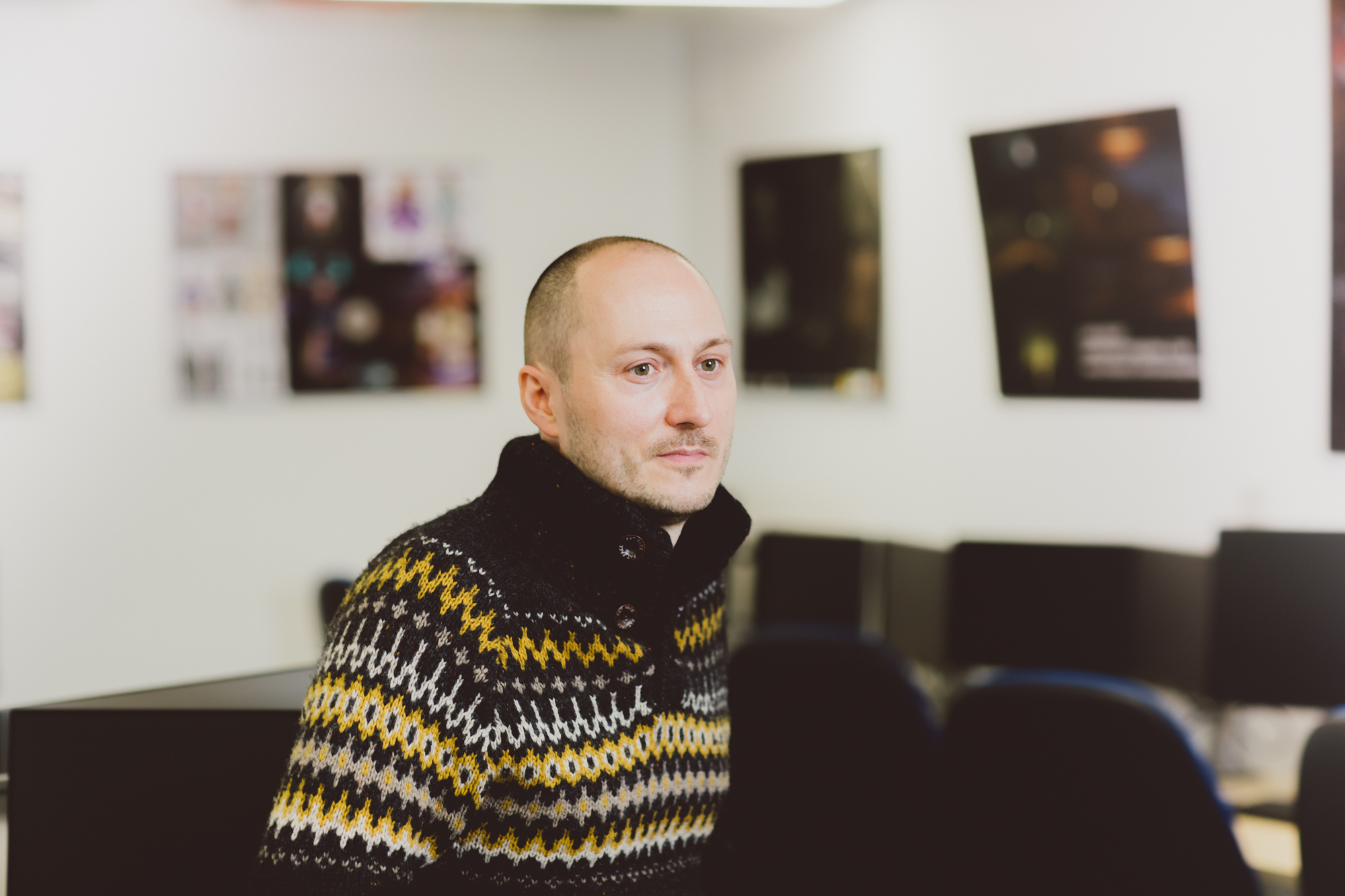 Independent game developer Dominic Chapman has been building immersive game worlds for the last 15 years and is the course leader for both Computer Games Art BA and Computer Games Technology BSc – the course he chose as a student. 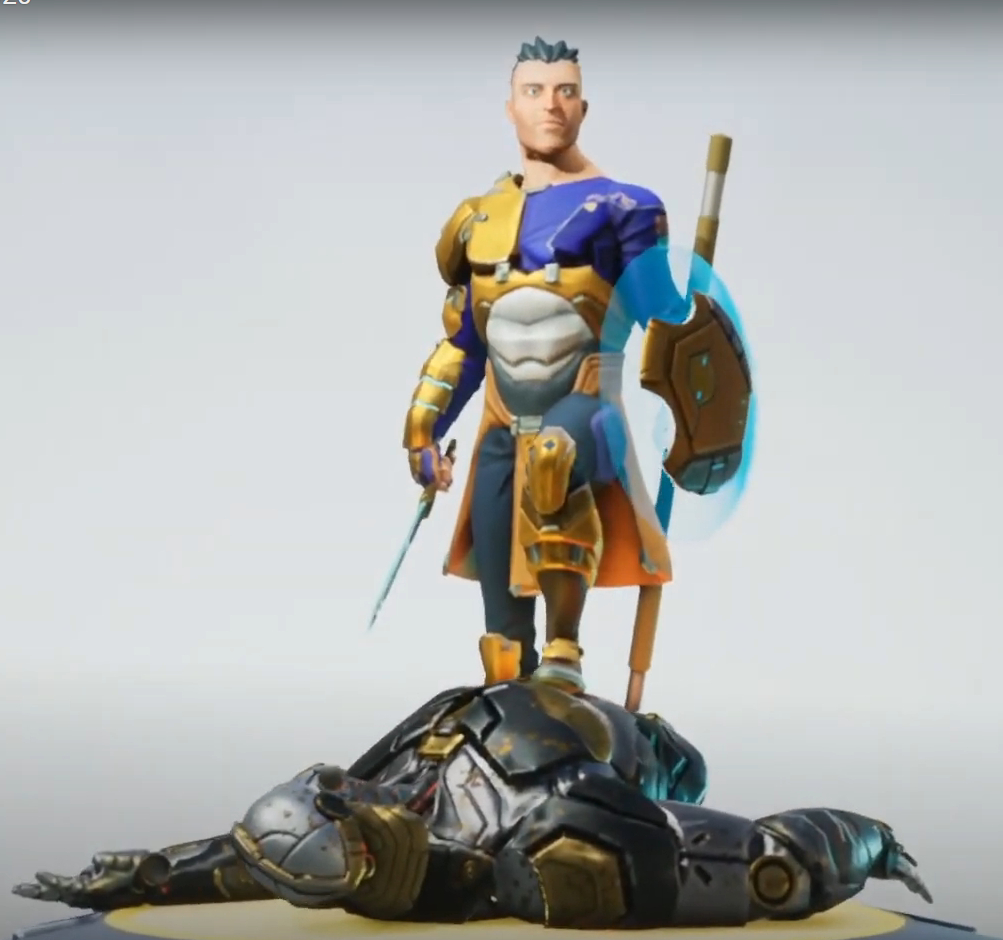 Accredited by TIGA, our Computer Games Art degree will allow you to develop art skills relevant to the fast-moving computer games industry.