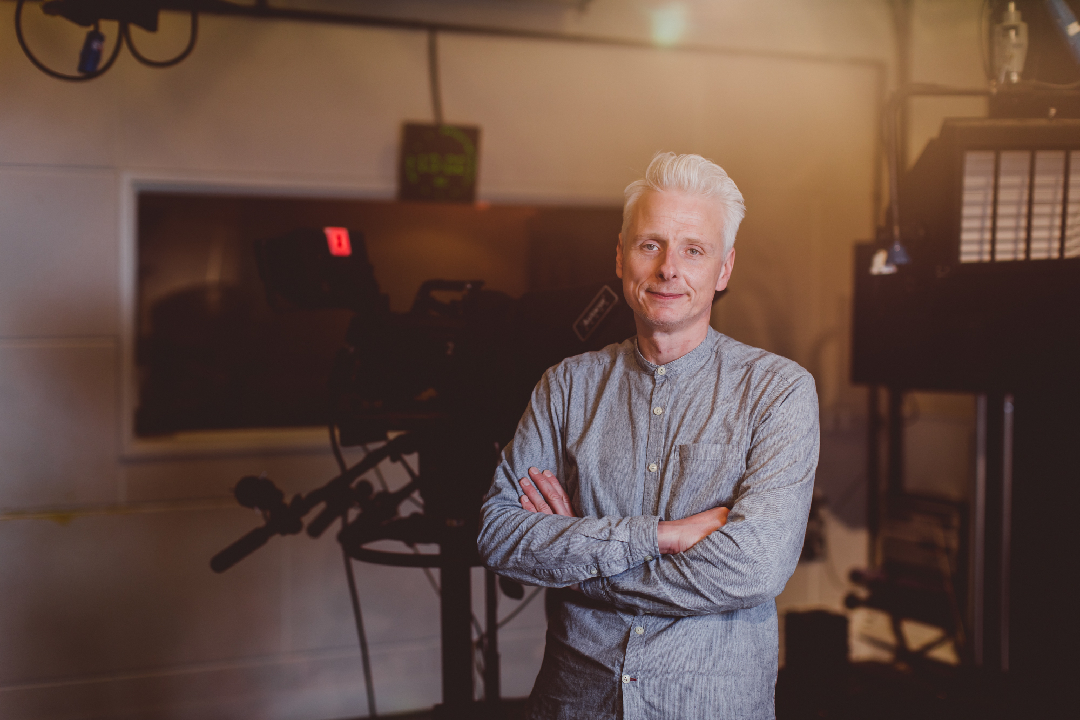 James Ward is Head of School for Creative Industries at ARU. His main role is to strategically oversee the school in partnership with the Dean, and do anything that relates to management of the school in terms of education, learning and teaching, and attainment.

How did you get into working in the creative industries?

I started out as a textile designer, and I had various different roles over the years. Then I went into learning and teaching and, at my previous university, the management of the screen school. When I studied textiles it was before computer software, so it was a very traditional, hands-on process, which gradually changed. I really liked teaching as a career and gradually got interested in multidisciplinary and transdisciplinary working, and that drew me into the television and film area, particularly the educational side of it, how students learn in different environments.

I’ve set up a couple of schools which had a media bias to them: one a specialist school at post-16, and one secondary school from 12-18. The post-16 one was specifically centred around media and the creative industries, and the other was a general creative one with a media bias. I’ve also worked for the University of Arts awarding body, helping to create Level 3 diplomas around what that looks like. For me, it’s about ‘What does a curriculum look like?’ and enabling students to do that. How do they go from a not very well supported arts and creativity school education to being able to get a degree. So I’ve looked at areas around that structure, and how it could work for them.

I think Derek Jarman, the filmmaker. I’ve always been really inspired by him, even when I was doing textiles. His work covers so many disciplines, everything from set design and filmmaking, to garden design; from commercial through to much more arthouse areas. A lot of it has to do with him as a person and his campaigning around LGBTQ+ and particularly HIV, which is what he died of.

I’ve been really inspired by someone like him who isn’t wedded to their own subject area, and is much more interested in the creative industries as a whole, and what that environment looks like, and how people work, and what work is within that context. So, he’s much more of a broad-ist person than a narrow-ist, and he inspired me quite early on to look at that in more detail.

Take risks, be more confident, and speak out. I definitely wasn’t confident – that comes with age.

When you look at the latest media coverage, particularly the Black Lives Matter summer events, it gave a platform for a lot of people to speak out who perhaps wouldn’t have historically. As a group, young people often get marginalised because they don’t vote so aren’t listened to as much, and this was a collective platform - the same with extinction rebellion as well - that people jump on to express their thoughts within a group. I think within the creative sector we have to take risks and speak out more because we’re the future of that audience, or the future end users of that area.

What’s the most valuable thing you’ve taken away from your own education?

Probably learning to question everything I thought I knew. When I came to Anglia Ruskin for my art foundation course – it was Anglia Polytechnic then – I came wanting to do graphic design, and I left going off to study textiles. Because art foundation courses are designed to be a rotation of different subjects, I tried different things, and just stuck with textiles.

So being open to that process of what you can be, questioning everything. Being open to new ideas, new thoughts, new people, new environments, new contexts, then from that you can really reach your full potential.

What do you think the future of creative courses at university will be like?

I think it will definitely be more multidisciplinary, but also trans-disciplinary, where people aren’t wedded to their subject area. We know most generation Z students won’t have the same career for the rest of their lives, they will change to different ones. Even if they are creative, it’s highly unlikely that in thirty years it will be exactly the same.

In the sense of education, we’ll have to look more around what that looks like, how our students learn in different models, how we teach in different models, what assessment looks like in particular, how are we going to mark? When you do a lot of group work, as we do in the screen and performance areas, how you unpick what a person does in a group, how you mark them, is very interesting.

I would say it is the multi-disciplinary work. My school is one of the broadest schools within the university. We cover  the written word with creative writing courses, we have the acting and performance with drama and musical theatre, and we’ve got film, television, games and music. All of those have a connection together, but are also very different, so there’s a sense of excitement in thinking how can these courses work together, informally and formally, to create a really interesting stimulus for our students and staff, by having that multidisciplinary working.

The second part to it is obviously working with students. One of the great things, when you start getting older, if you’ve got several thousand young people around you working everyday, it introduces you to a much wider context of seeing the world in different ways. It’s like having several thousand teenage children. These two parts together are really exciting.

What projects are you working on at the moment?

What I’ve been talking to the deputies in my school about is how we can have more plans for either formal or informal collaborative working, where we start to work together. A bit like the Ruskin modules, bringing an element of that together across the university, but we want to do more across the school and the faculty; working with colleagues in Cambridge School of Art and Humanities and Social Sciences, about what students can draw from that, because they do want it. They enjoy meeting other people. That’s what they come here for, and that stops the silo of thought as well.

Working with industry is very important too. It’s pivotal at both ends. When they come in and when they leave. In an ideal world, we’ll be working with lots of creative companies, who might want to test-bed things and use our students as an audience, or for trying out new software or pieces of equipment, to see what it looks like at their level before they start to test on the wider public.

University is where they test, they explore, far more than when they get into industry, so it’s about how these touchpoints with industry will bring them to what reality will look like when they leave at the other end.

I don’t really get time to work on personal projects outside of work, but there’s a number of groups I’m in on WhatsApp where we simultaneously watch different films or drama programmes, that’s my creative output at the moment. It’s a bit annoying if one of you is a few seconds ahead – we have to put a delay on.

Tell us something about Cambridge that most people might not know…

I was born in North Cambridgeshire, and lived here for a year when I did my Art Foundation course, which would have been about 27-28 years ago. The Dot Cotton Club, the Cambridge LGBTQ+ club that I used to go to when I was a student, is still running. It think it runs once a month, and it’s been running for more than 25 years. I’m far too old to go to it anymore but I googled it to see if it was still there, and it was. One of the longest running gay nightclubs at least in East Anglia, I would think. It was in the Junction, but I think it’s moved somewhere else now. 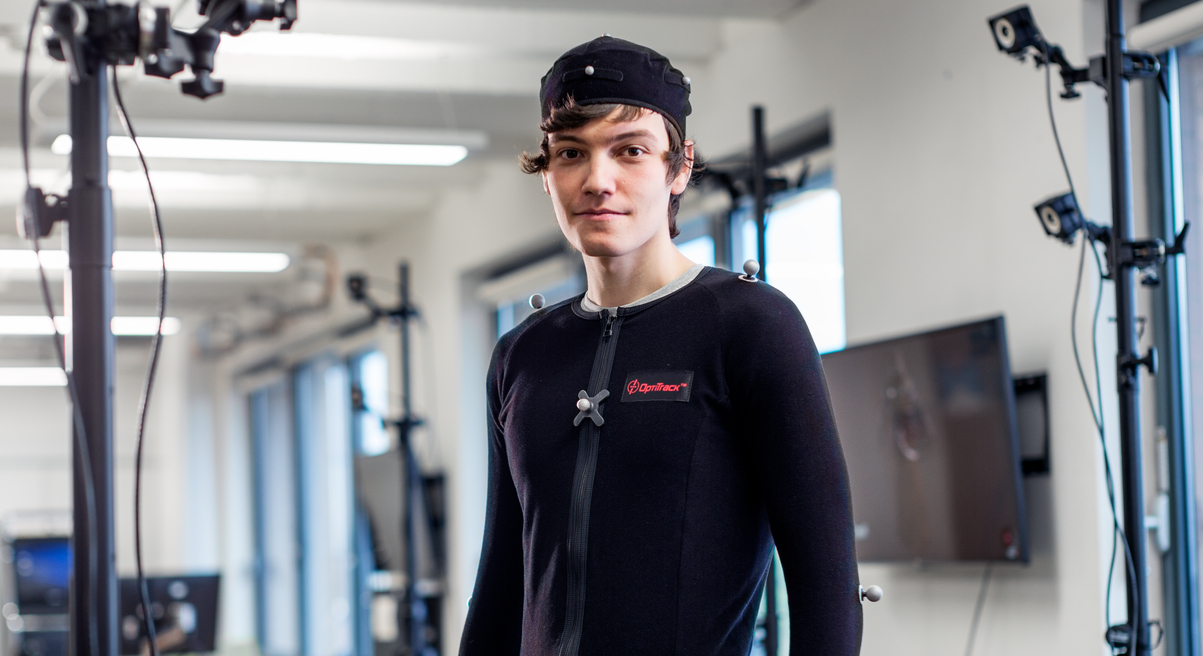 Using our creative expertise and industry connections in Cambridge and beyond, we create experiences that entertain, educate, inspire and improve lives. 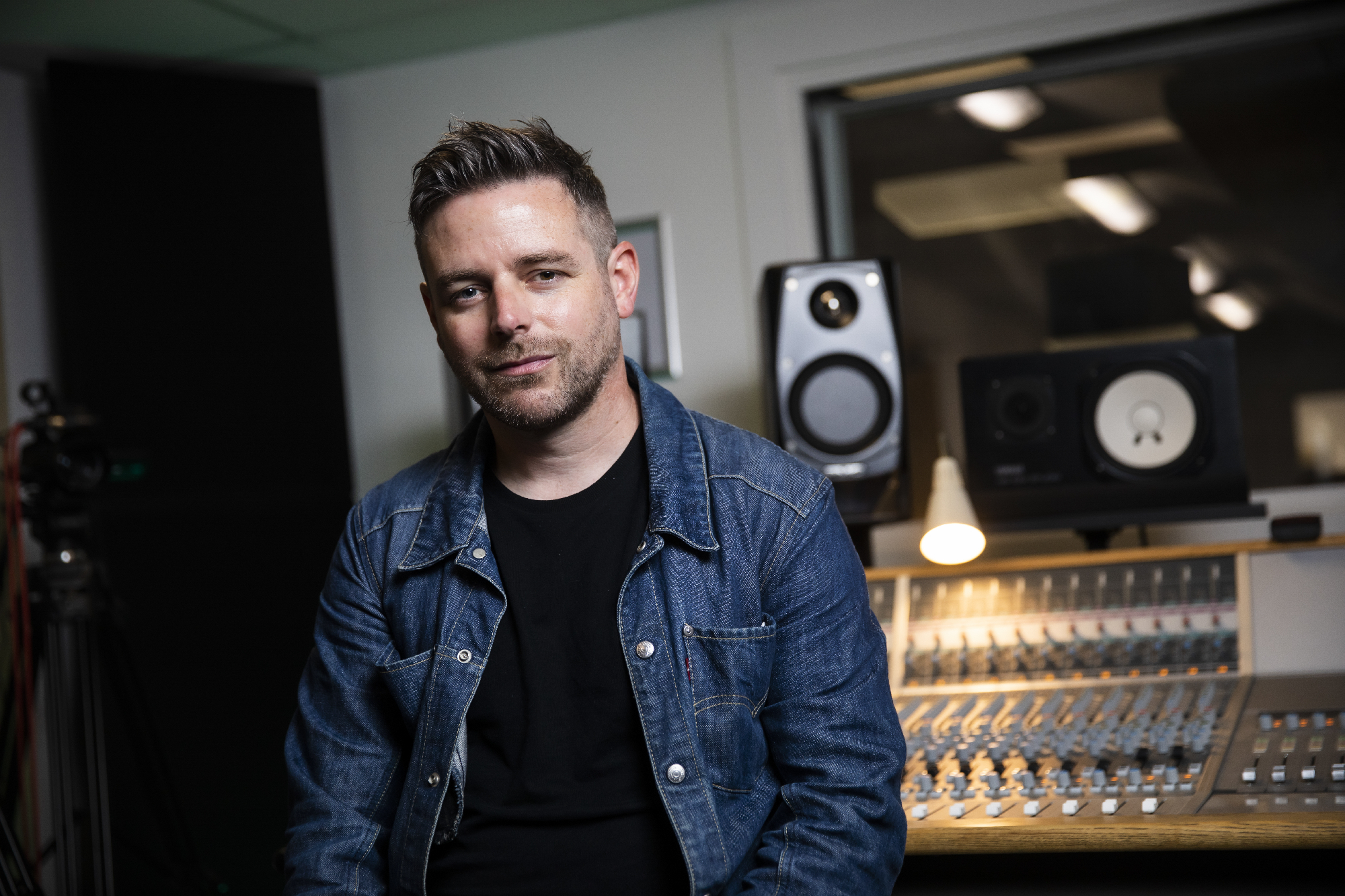 Mark works at ARU as a Technical Officer and part-time lecturer for Audio Music Technology. Outside of ARU he works as a video director, and audio professional in both creative and technical capacities, directing music videos, working on organisational aspects of audio-visual events, and also producing and composing music.

Turn a passion for film into a career by joining our acclaimed BA (Hons) Film Production degree course.