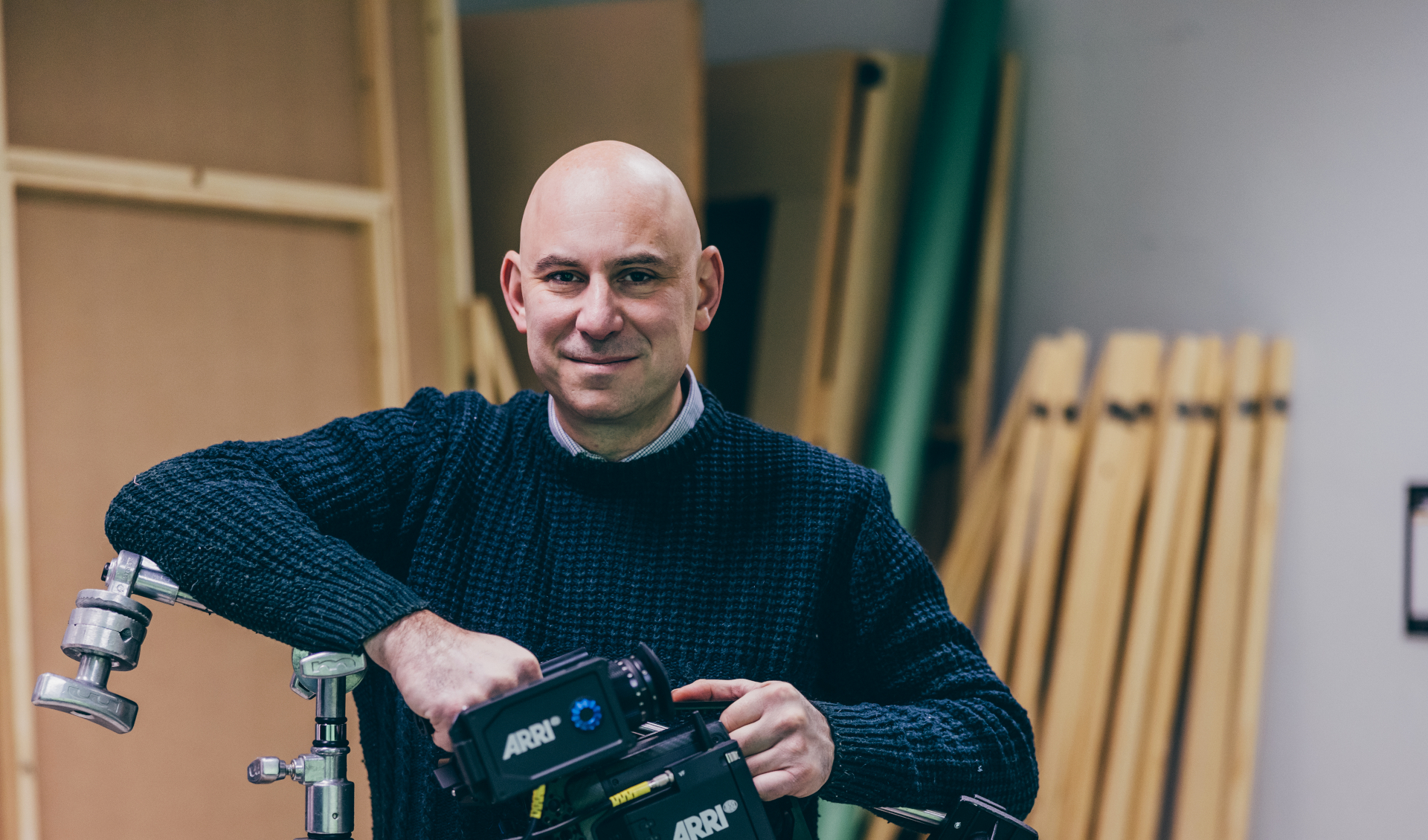 What inspired you to do what you do now?

I grew up like so many people wanting to be an actor or filmmaker - or an author, an astronaut, or maybe an archaeologist, because I watched one too many Indiana Jones movies! There was a wide range of things I was interested in, but definitely very interested in films from a young age.

I think the legendary moment for me, my personal moment, was watching Superman when I was about three years old and just being absolutely amazed.  I probably wanted to be Superman at that point. But it was the idea of creating that feeling, that escape from any of your childhood issues. Your anxiety. Being able to sit and relax in that darkened movie theatre and to be able to give that sort of experience to other people was something that absolutely invigorated me and really drove me to act and then to direct.

Later on it was Krzysztof Kieslowski, his Three Colours series and his series Dekalog, that really influenced me in terms of understanding that film can be an artistic medium. It can be expressive and meaningful in a way where you would look back on something and feel like you weren't just entertained or moved, but actually felt like you understood something different about the world in a way that reading a novel gives you that sense of something more, something special.

What has been the highlight of your career to date?

My first job while finishing up film school was working with one of my tutors (Johanna Demetrakas) on a documentary that she was editing. It was an incredible film that had taken about 10 years to make. A young man with an interest in music from South Africa had, over this period, taken a whole load of footage with some amazing artists - some very well known, like Miriam Makeba and Hugh Masekela, and others who are very important but really not known outside of South Africa - about how their music had been important in the anti-apartheid fight. Not just music as a record of the fight against apartheid, but how it also fuelled the movement.

The film is called Amandla: A Revolution in Four Part Harmony. I worked as an Assistant Editor, which essentially meant doing all the drudge work: making sure the computer was running right, making sure things were in bins, that the tapes were where they needed to be, making outputs to send off to film festivals. Basically doing anything that was necessary. It was an amazing education because I was working whenever the editor wasn't, so I spent a lot of time with the Director and Producer because, most of the time, there wasn't anyone else. They’d run out of money and there was hardly anyone else to do anything, so I was able to step into the gaps.

I worked as the liaison with Skywalker Sound, George Lucas’ sound division, and got to go to Sundance with the film; watch Roger Ebert dance to the end credits; hear about Dave Matthews, a huge musician in America who's actually South African, and how his team were desperately fighting to make sure he didn't get to see the film or meet the filmmakers because they were trying to negotiate buying it. All the intrigue of a Film Festival!

That same year, my own graduation film “The Mail Gaze” played at the DGA (Director’s Guild of America) won a couple of awards and played at a number of festivals including at the Cannes Film Festival Market.

What’s the most valuable thing you took away from your own education?

I went to film school to be a narrative filmmaker, and I still love watching and creating fiction films, but it opened up the world of documentary to me. There’s so much more documentary filmmaking in terms of not just films and television, but so many of our students are going to end up in some form of online marketing and online communications, and that really all comes from the skills of documentary. So that, vocationally, was clearly very, very important for me.

From my undergrad, I had all of these essay crises that stemmed from my ADHD, which at the time I wasn’t aware of. I'd be in a tutorial, or a 1-2-1 with a tutor, and the thing that I learned most was how to bullshit. And that's a very useful skill:, to be confident enough to sit there and talk about something you have a vague understanding of and be able to think about it quickly and on the spot is really important. Whatever profession you go into, there'll be moments where it's a skill that you need to use, but also it's the start of you being able to dig in order to understand any client or contributor that's in front of you, to be able to pull out information from them to inform your understanding and your views.

I went to an incredible film school, at the University of Southern California in Los Angeles, which is the oldest film school in the world. I was taught by some really amazing people and, in the end, the thing that you that you take away the most is how much you learn and gain from working with your fellow students. Finding that balance of being critical in a positive way,  where you can constructively criticise someone's work so that they can then improve, and to be able to let someone else criticise you, to not take it personally, but use it to improve your own work.

That, and working with other people day-to-day, is what makes your work better, but also makes it fun.

I mentioned before that I have ADHD. It was only diagnosed a few years ago, and I think that had I understood that earlier on, had I understood what my challenges were and the fact that I would need to come up with strategies to support me in the areas where I'm weaker, I would have avoided a lot of frustration and a lot of really difficult moments personally and in my career.

ADHD and neurodiversity in general can be an incredible benefit. It's not just a negative, it's not just a disability, but understanding that is really key to understanding what you're able to achieve. People with ADHD are able to focus on urgent projects for long stretches of time – often without food or sleep – and this can be a real benefit when it comes to taking on filming or editing or other creative endeavours.

What have you learned about Cambridge that other people might not know?

Well, I live in a village that gets filmed a lot! There's a TV show of the same name, Grantchester, and it's filmed there. So that's quite exciting, and it might be a place that people want to visit - it's very much a tourist destination with a lot of pubs.

But actually I think one of the amazing things about Cambridge is how quickly you can get out to rural areas. You don't have to walk very far before being, not just in a big park or wildlife reserve, but actually truly in the countryside. As a filmmaker you get all the different landscapes you might want. You've got industrial areas, city centre landscapes, modern housing, Victorian housing, medieval castles, then all these different rural communities as well.

Whether you're a film student, a photographer, or you're just excited to look at urban design, there's a lot of places outside of central Cambridge that I think it's worth looking at. Only recently I discovered the chalk pits down in Cherry Hinton and that's an amazing place. I definitely would recommend people make the cycle out there.

What projects are you currently working on, both at ARU and outside?

I'm very new to Anglia Ruskin, so my main project here is getting to know what I'm teaching and being able to do that. Trying to remember people's names! Outside, I'm currently working on quite a few different things. Some of them seem a little bit of a way off from filmmaking, like a project to deliver a district heat network in my village, the idea that we could use renewable energy. The village is almost completely on oil or direct electricity. It's inefficient and releasing lots and lots of carbon, so we're looking at whether we can create a river source heat pump system to deliver energy for heating houses. That will involve a lot of discussion and a lot of thinking through with individuals; what that system would look like, and what it would mean for them. So one of the things that I'm looking at and thinking about is different ways we can bring that experience to life. For some people, it's about talking to them; for some, reading stuff or watching videos, and for others it may be about using AR and VR experiences, to get inside and see whether this, what seems like a huge change, will be something they could get behind.

From my work in visitor attractions, I’m really interested in multi-screen usage and different types of immersive media, and using them to bring experiences to life - whether those are educational experiences, museum-based experiences, or even used for marketing.

Turn a passion for film into a career by joining our acclaimed BA (Hons) Film Production degree course at ARU. 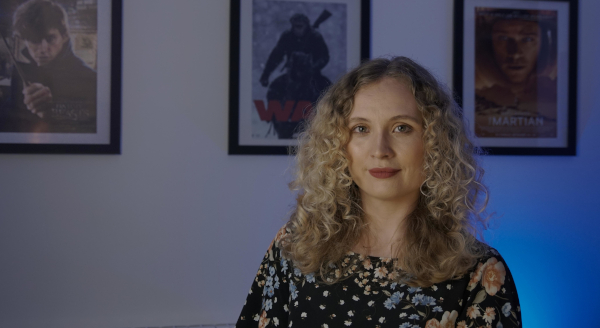 Victoria is an alumni of our BA (Hons) Film and Television Production. After graduating, she worked as a runner for Technicolor, before becoming Production Coordinator and then Producer. She is now working as a VFX Coordinator for Scanline.