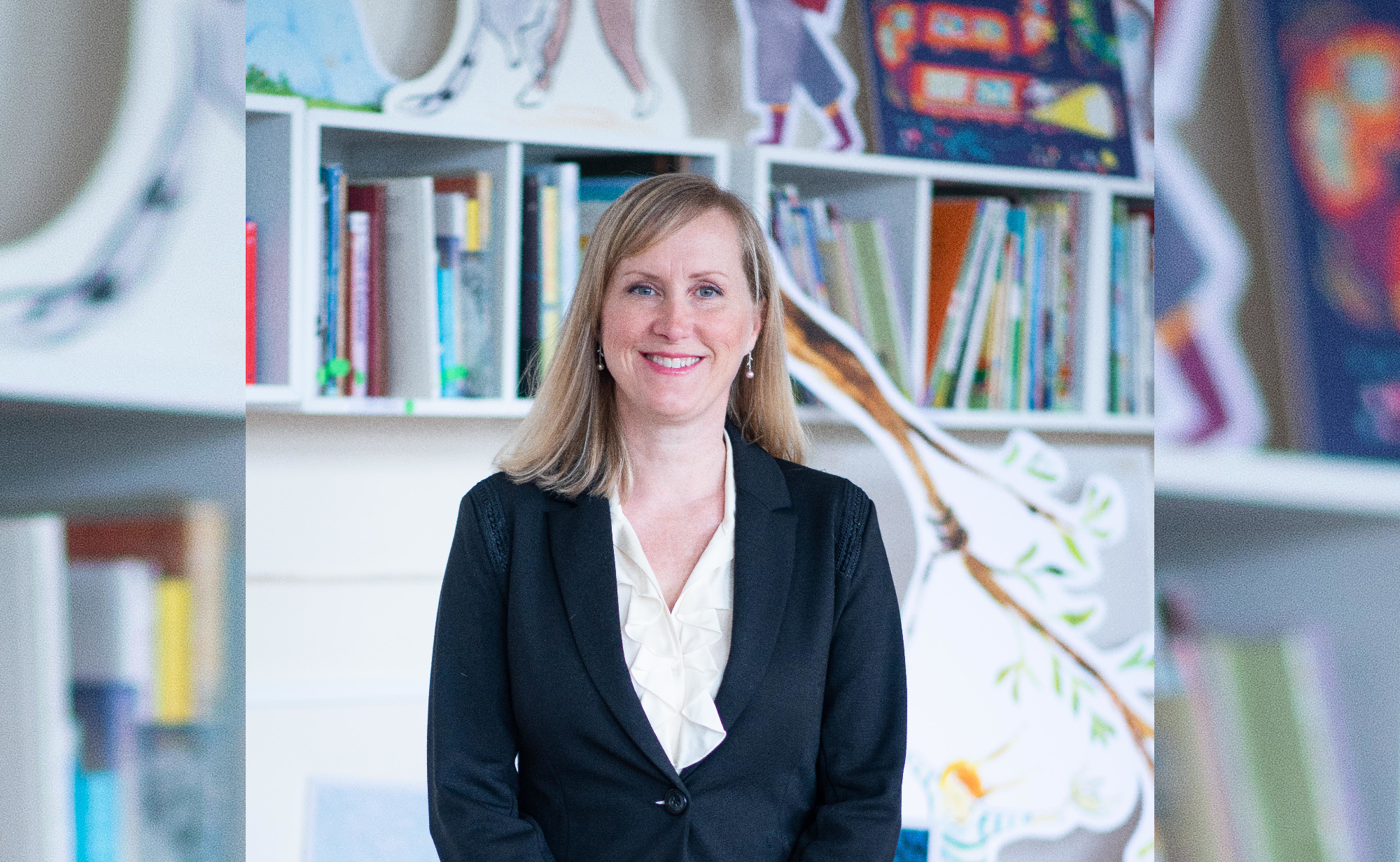 Shelley Ann Jackson is an author, illustrator and designer of children’s books, and at ARU she is Associate Professor and Course Leader for our MA Children’s Book Illustration. Even though she teaches illustration, she also gets to use her experience with writing and design on the course, because the three are inextricably linked in children’s books.

Have you always worked in illustration, or was your background in something else?

I originally went to school for communication design. I picked that direction because I wanted to be an artist, and I heard that was how you make a living as an artist. While I was there, I did enjoy doing design but I really missed the drawing and painting aspects of making art. I was able to take one class in illustration at university, and that’s when I realised what I really wanted to do. So I went on to grad school, and did an MFA in Illustration as Visual Essay at the School of Visual Arts in New York.

Some time before that I started thinking about children’s illustration as the most interesting, and the place within illustration where you could be the most free with your art. I really enjoyed the storytelling aspect, and freedom it seemed the illustrator had. That’s what drew me to children’s books.

I can’t really think of one thing, but I definitely had teachers at every level of my education, from primary school on up through university and grad school, that were really inspiring and led me on the path toward illustration.

If I had to choose one children’s book that I find most inspirational, I would say Where The Wild Things Are by Maurice Sendak. When I’m teaching and need an example of something like framing, pacing, image-text relationship, it’s the book I keep coming back to.

I think that it would be to not worry so much about external influences, like what people think, or what marks I’m getting, but instead focus on my internal journey - take more risks and find what I enjoy doing, experiment and play. That’s one of the things I think is really challenging for us to get our students to do as well. It’s definitely a struggle, through education, but also in your career, that you’re so focused on making something that is appealing to other people that sometimes you lose what really makes your own art special.

Last year on the course we changed the first two modules to pass/fail. Our thinking behind that is if we can get students experimenting and not worrying so much about where they’re falling on the marking scale, but pushing themselves to try different things and take risks right at the beginning, they will keep going as they move through the course.

Certainly there was a lot of skills and learning, but also a really big part of education is the relationships - learning how to work with other people and building creative networks. I’m still in touch with people that I went to school with, and we give each other feedback. I think when you’re in a business that relies on freelance work, those networks are really important. University is the perfect place to build them and find the people that you trust. You can help each other out with business advice, referrals, moral support - because being a freelance artist is challenging - and give each other feedback on artwork along the way. I actually married one of my network from university!

What do you think the future of children’s book illustration, and university cbi courses, will be like?

The other thing is it’s going to become a more inclusive environment. It just has to. This is something people have been talking about for a long time, and we’re finally seeing some progress. Children’s books historically have not done a great job of representing a variety of people, and the only way to rectify that is to have a change in education. It’s got to be a bottom-up thing, that we’re educating more of a variety of people so that they can go on to produce books that resonate with others like them. So that kids can see people who look like them in books, that’s the bottom line. Now is the time for this to start changing.

I think technology over the last ten or twenty years has played a huge part in changes. It used to be that you had to live in one of the major cities if you were going to work in children’s books, because the publishers wanted you to physically be there. I think, in the U.S. anyway, that all changed after 9/11. We used to have to take our portfolio and drop it off at the publisher, for them to look through and pick it up later. After 9/11 it was different. All of a sudden they were willing to accept emails, and now people are really looking at Instagram accounts, and things that didn’t exist ten or twenty years ago. It is changing, and having a social media presence is making a lot of careers. I can’t predict what’s going to happen in the future, but I think technology is definitely going to keep making these changes and advancements.

It’s definitely working with students from around the world. They’ve all got such different backgrounds and experiences, and they use that for their projects. It makes for such a rich experience to work with them. It’s inspiring to see the projects that they come up with. They’ve got so many great ideas and are so different in their approaches. So for me, that’s the best part of the job.

The thing that comes to my mind is that Cambridge is such an inspirational city. There are so many opportunities for observational drawing around and because it’s a small city you can walk around and see everything: the river; historical buildings of the universities; the graveyards; cows on the greens; and the little dinky doors! Also, so many of the museums are free, and there’s such a variety of museums. If anybody’s looking for a day to go drawing and get inspired, Cambridge is a really great place to come. 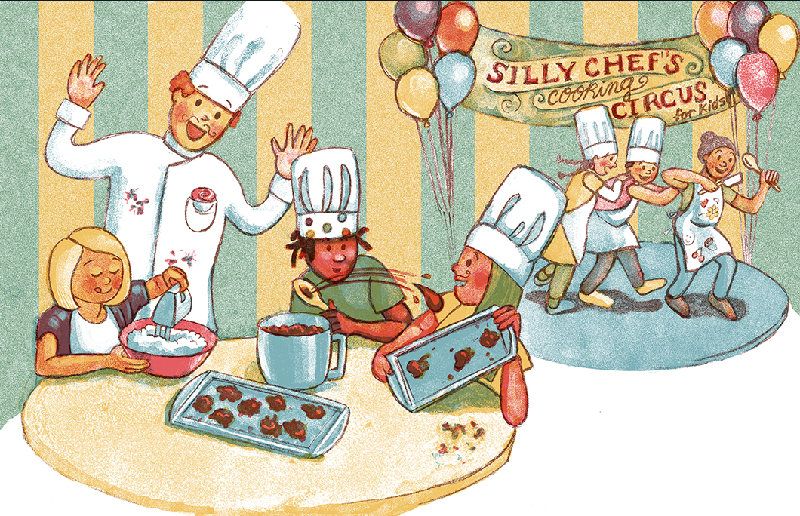 See more of Shelley's illustration, writing and design work on her own website. 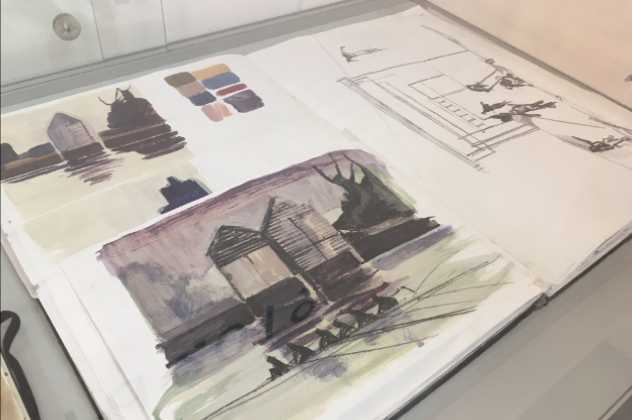 Follow in the footsteps of acclaimed children’s artists. Work with a dedicated support team of internationally-recognised illustrators to develop your own personal visual vocabulary and make connections in the children’s publishing industry. 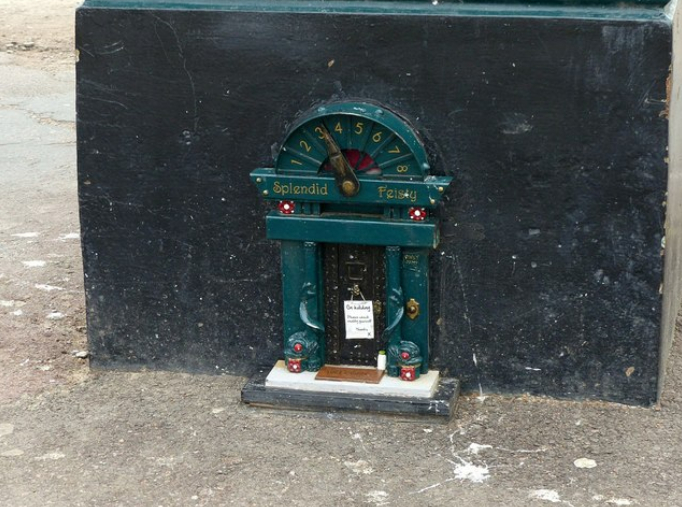 A great way to explore when you’re new to the city they are – not just on your doorstep but further afield too.